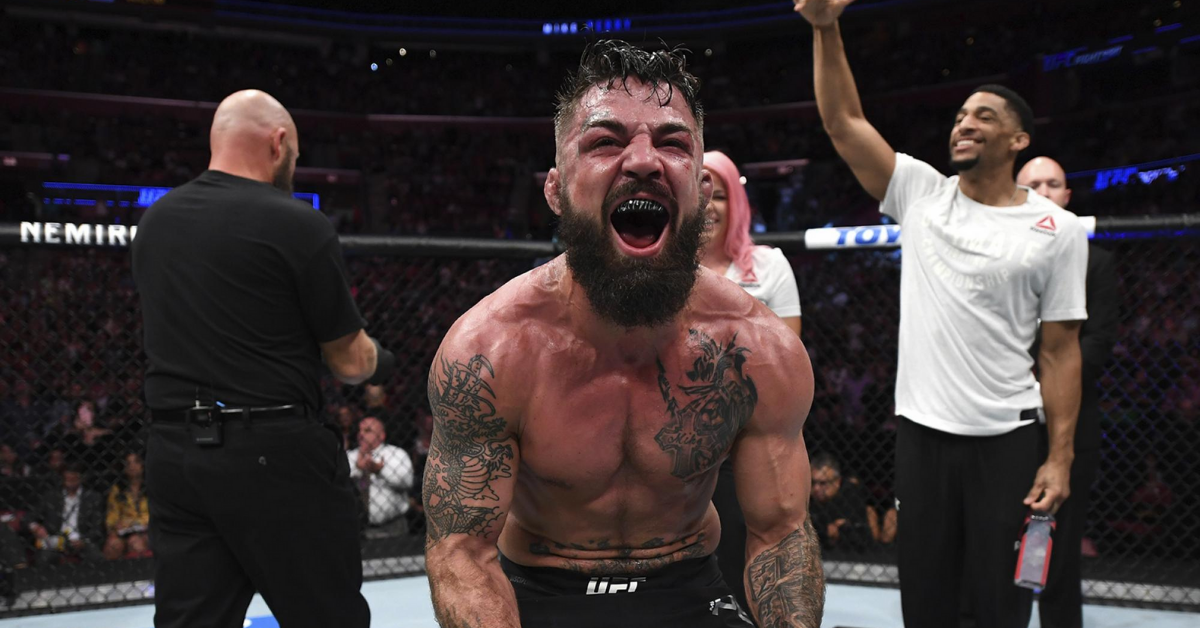 In a recent talk with John Morgan in MMA Junkie, Mike Perry explained his arrogant behavior and blamed people who were confronting him. The troublesome fighter said it’s their fault because they came to him and tried to clout chase by making a mess.

Perry said that people typically came prepared – with a hidden camera out of sight before starting trouble.

He also stated that the reason people dare to start altercations with him is that he is small and people tend to forget that he is well-built under his clothes.

“So, people come up to me, they don’t get to see all this[muscles]. I’m ripped under here. It’s power, baby. But I’m a small guy, so people come up to me and think I ain’t sh*t or something. They think they can walk all over me. They don’t do that to the big guys – the football players and the heavyweights. They don’t go up to them and start talking sh*t, but they do it to me, and I welcome it with open arms, baby! Come and see ya boy! Say hi, be disrespectful if you want to, everything else will take care of itself.”

He implied that he was never the one to start a fight. It was always the other person, and he is not the type of guy who just going to let it slide. As he typed on his Twitter account in 2020, he said that he would love to serve any disrespectful person.

“If you see us in public and you get too close, I’m gonna hit you. Social distancing says you gotta stay 6 feet away from us. You come in my bubble you getting Sparta kicked in the n*ts and fuckin stone-cold stunnered b***h !”

? ? ? ? ? ? ?
If you see us in public and you get too close, I’m gonna hit you. Social distancing says you gotta stay 6 feet away from us. You come in my bubble you getting Sparta kicked in the nuts and fuckin stone cold stunnered bitch ! #DimMak ??

Mike Perry’s contract with UFC has expired and he just started to join BKFC and has signed the contract in October.