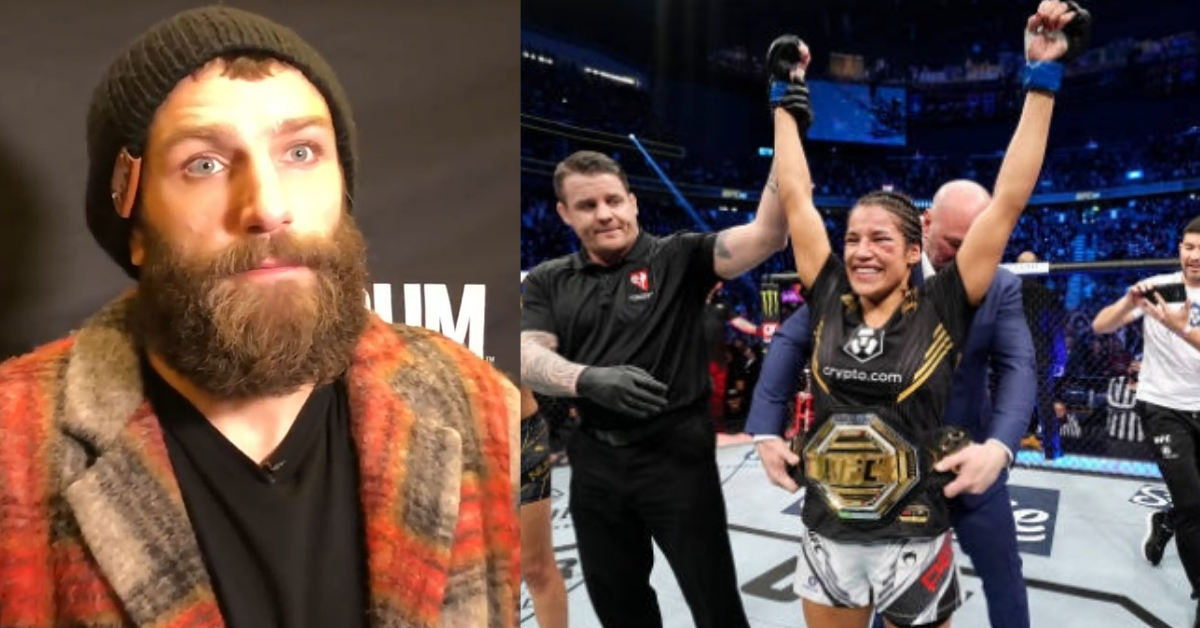 Julianna Pena successfully dethroned the women’s pound-for-pound GOAT Amanda Nunes at UFC 269. Her victory shocked a lot of people, especially her friend and longtime teammate, Michael Chiesa. After Nunes taped out, Chiesa rushed into the octagon to celebrate his friend’s victory and got himself injured.

Michael Chiesa proceeded to jump off the fence and can be seen running towards the octagon while Juliana Pena and Amanda Nunes were inside. The UFC welterweight contender was unnoticed by the security due to the crowds going wild. Later on, he tried to jump into the octagon. However, his excitement got him into an accident.

Chiesa failed to jump in and fell right on his face, resulting in serious injury to his eye. Later on, the 34-year-old was dragged out by the police.

UFC president Dana White went outside of the T-Mobile Arena to talk to Chiesa while he was apprehended.

“How do I say this without embarrassing the guy. He had a little bit too much to drink this evening. When she won, he freaked out and tried to jump into the octagon and fell down on his face, cut his eye and busted his eye open, then was arguing with the police that he needed to get into the octagon and be with her, because that’s his teammate.” Said White.

He continued, “The police dragged him out, got him outside, and calmed him down in the back, and I went back and talked to him for a minute, and we’re all good.”

Michael Chiesa and Juliana Pena are close friends and are training partners at Sikjitsu. Chiesa, 18-6, is currently number 9 on UFC welterweight rankings after two consecutive losses against Vicente Luque and Sean Brady. The two were rumored to have started training the very same week over a decade ago.