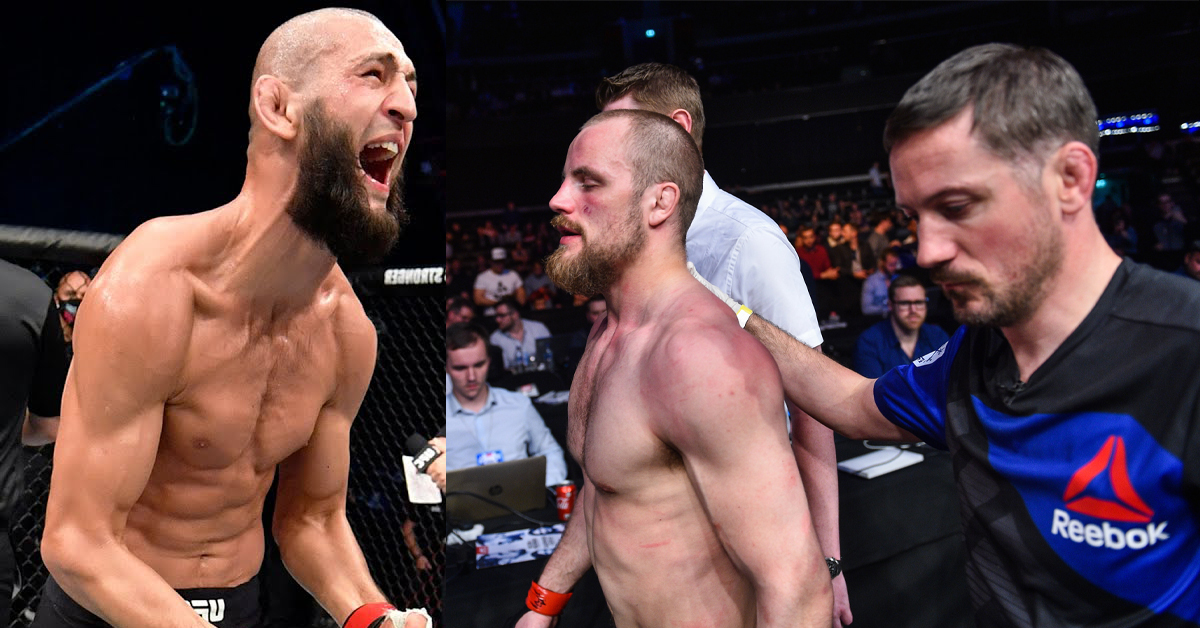 The rising star Khamzat Chimaev has gained so much attention after an easy win against Li Jingliang in a welterweight bout at UFC 267. A lot of fighters try to get the spotlight by trying to arrange a fight with the Borz, including the head coach of Conor McGregor, John Kavanagh.

Of course, the man wants one of his students, Gunnar Nelson, to fight Chimaev in the coming fight. Kavanagh took to his Twitter account and expressed his hype to see Nelson fight Chimaev at the UFC event that is rumored will be held in London in March next year.

“it’s been very interesting watching the rise of the uber-talented and charismatic @KChimaev. @ufc is coming to London in March. As a fan, I’d love to see him fight @GunniNelson. A short flight to London for both of them….what do you guys think? @seanshelby @HalliNelson.” Wrote Kavanagh.

its been very interesting watching the rise of the uber talented and charismatic @KChimaev . @ufc is coming to London in March. as a fan i’d love to see him fight @GunniNelson . short flight to london for both of them….what you guys think? @seanshelby @HalliNelson

Gunnar Nelson is a decent fighter with a total MMA score consisting of 17 wins and 5 losses. But, he isn’t doing so well. He hasn’t fought since 2019 and he lost his last 2 fights – against Leon Edwards and Gilbert Burns in his last two outings.

On the other hand, Khamzat Chimaev has fought 10 times in his professional MMA career and never lost a single fight. His last fight against Li Jingliang was phenomenal – he tried to assert a new level of dominance over Jingliang by talking to Dana White while lifting Jingliang and won the match in just 3 minutes. Khamzat Chimaev is now number 11 in UFC welterweight rankings after only 4 fights  in the promotion.

Khamzat Chimaev vs Gunnar Nelson is a fight that could happen, but seeing the hype, Chimaev is more likely to fight someone with higher ranking in the welterweight division. A lot of fans are sure that Chimaev will fight Gilbert Burns, number 2 on rankings, for his next fight.