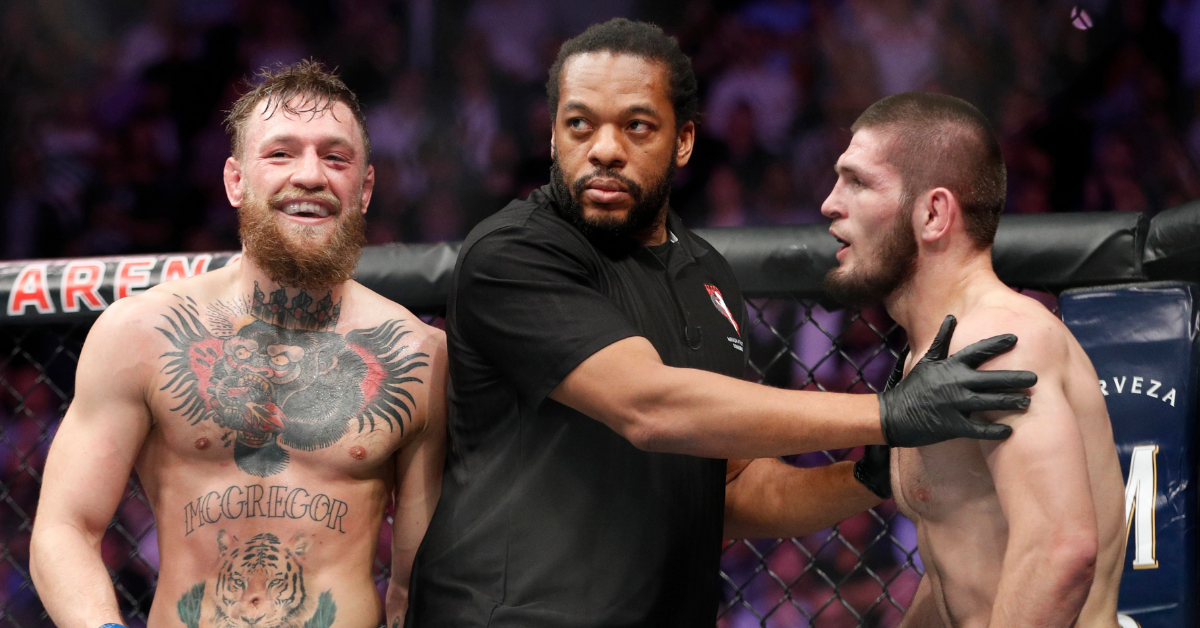 Conor McGregor is never sick of the headlines. Recently he debated with fans over his biggest foe, Khabib Nurmagomedov. The Notorious shared a comprehensive analysis of Khabib’s performance as a mixed martial artist. He shared his opinions in a series of tweets.

The  clash between the two was arguably one of UFC’s biggest fights. Almost 3 years later, McGregor hasn’t had enough of Khabib Nurmagomedov. After his retirement in March 2021, there was much talk about Nurmagomedov’s legacy and where he belongs in the history of the sport with his 29-0 record. 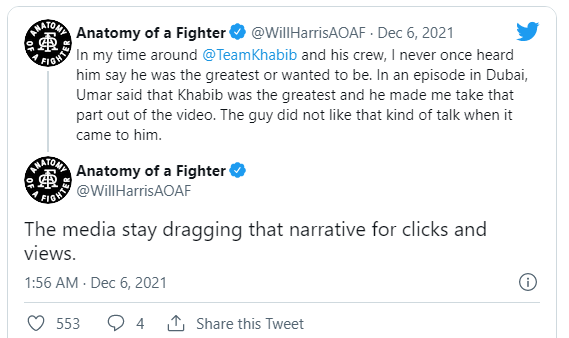 A lot of people consider him as The Greatest Of All Time. However, McGregor doesn’t think that way. The Irishman expressed his thoughts in a series of tweets that are now deleted.

“He was a good fighter for those few weeks alright lol. Retiring takes you from all lists though. He retired and at the same time cried to be placed on one.” Wrote McGregor. McGregor is referencing Nurmagomedov’s request in the farewell speech to be placed as number 1 on the Pound for Pound ranking on UFC’s website.

Khabib Nurmagomedov is well-known for his grappling technique and is considered by many as one of the best wrestlers in MMA. Given that, McGregor said Khabib is bad at striking and has a low knockout rate. He also mentioned Khabib’s early retirement, which might be one of the only reasons he can keep the perfect record. 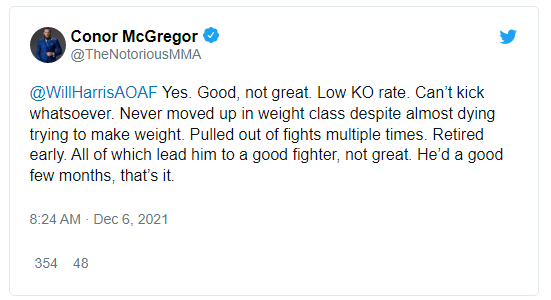 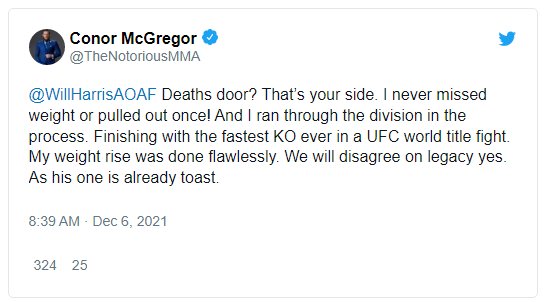 In his 29 matches, Khabib finished his opponents 8 times with a knockout. Of course almost all were -technical knock outs meaning he had finished with ground and pound.

McGregor also said that Khabib was only good for a few months and refused to believe that Khabib is a great fighter.

“All of which leads him to a good fighter, not great. He’d a good few months, that’s it.” Added McGregor.

Currently, McGregor is in recovery from his leg injury against Dustin Poirier at UFC 264 back in July. He said he will be back to the octagon in mid-2022.