Jorge Masvidal had been arrested late yesterday in relation to an assault on Colby Covington. The booking report tells a gloomy story. 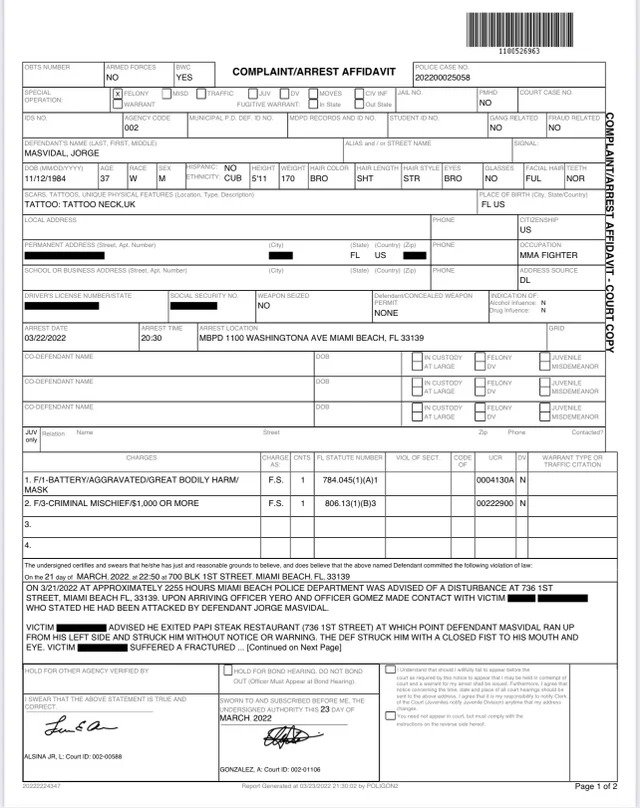 As per report, Masvidal is looking at two felony charges – felony battery and criminal mischief. If found guilty he is looking at one year stay in prison. Masvidal is currently 37 years old and on a professional slump having suffered three back to back losses.

In spite of the losses he’s one of the biggest UFC stars at the moment.

While several high profile UFC personalities condemned Masvidal, many are also condemning Colby for choosing to press charges. In the grand scheme of things, Covington made it out unscathed. He needs dental work and watch repairs, and he has been pioneering going as low as one could possibly go in the UFC.

JUST IN: Jorge Masvidal booked in jail on charges of aggravated battery with a mask and criminal mischief.