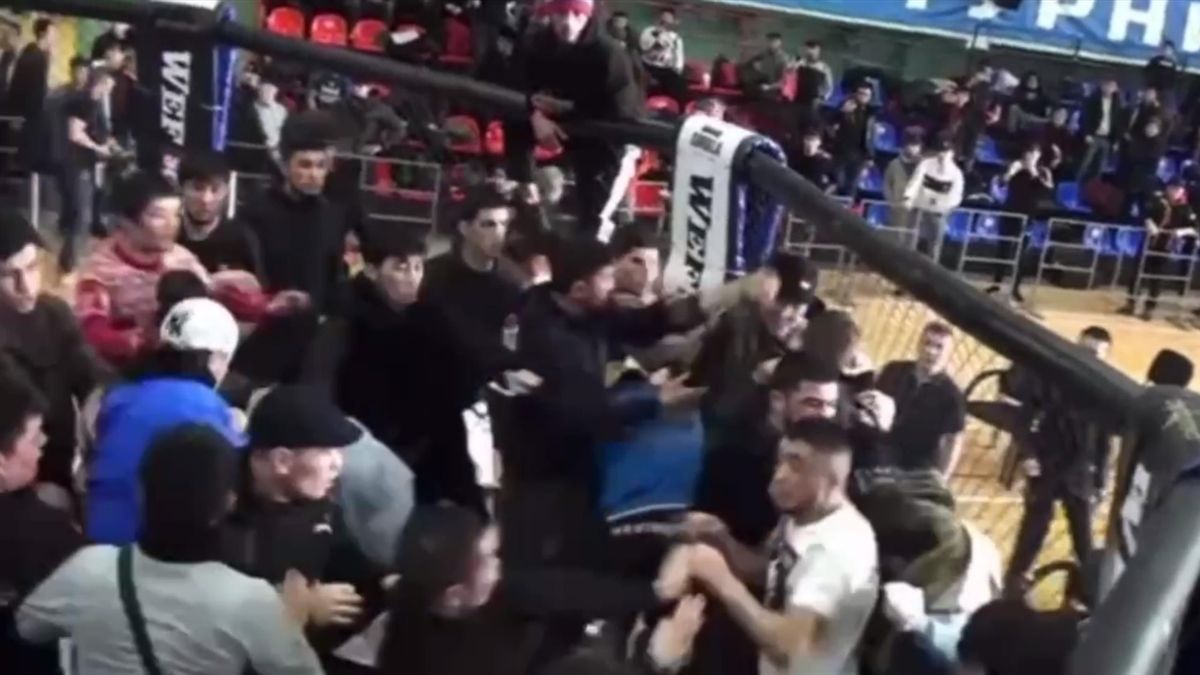 MMA world observed a chaotic scene during the qualification event of the WEF in Moscow. The scuffle started d between the fighters of Kyrgyzstan and Uzbekistan when one of the fighters delivered a nasty blow to the opponent during the face-off.

Reportedly Uzbek fighter named Namazan Samiev won his bout and said he would be ready for another fight right away. Instantly, his challenge was accepted. His new opponent came forward. The two proceeded to have a stare down. During this stare down a fight would start.

The fight was captured on video.

The reason behind the massive scuffle is still unknown. The fighters were seen exchanging harsh words. It might be the trash talk. Samiev unexpectedly delivered a flying knee to his new opponent’s head during the face off.

The massive brawl drew more than 50 people into the cage.

According to the journalist, Alexander Lyutikov, the brawl was stopped on a call from one of the spectators. The spectator called the words:
“Uzbeks! Kyrgyz! We are brothers! Why are you doing that? This is a sport, it happens !”

The fight went on for several minutes before members of the law enforcement were able to separate brawlers.