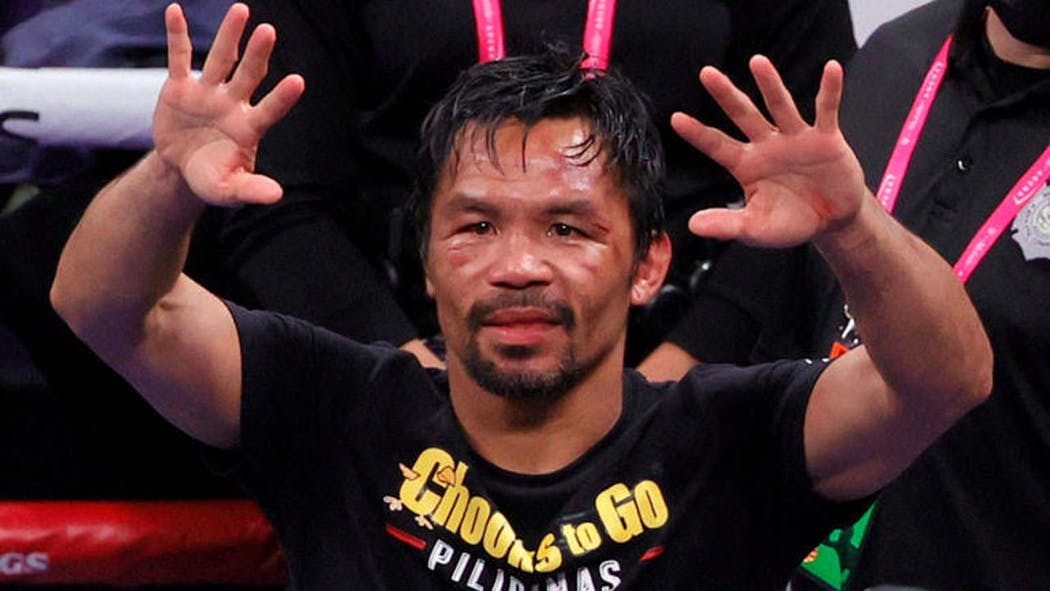 “It is difficult for me to accept that my time as a boxer is over,” Pacquiao said. “Today, I am announcing my retirement. I never thought that this day would come. As I hang up my boxing gloves, I would like to thank the whole world, especially the Filipino people, for supporting Manny Pacquiao. Goodbye, boxing.

“Thank you for changing my life, when my family was desperate. You gave us hope. You gave me the chance to fight our way out of poverty. Because of you, I was able to inspire people all over the world. Because of you, I have been given the courage to change more lives. I will never forget what I have done and accomplished in my life. … I just heard the final bell.”

Pacquiao retires as the only eight division champion in boxing history. Pacquiao won his first title at 108 pounds and somehow captured a title at as high as 154 pounds.

He is currently several months shy of his 43rd birthday.