Mackenzie Dern’s star is on the rise as of late. Mackenzie Dern has been working on her social media presence and putting in a lot of time in the gym.

Thanks to her sizable social media following, Dern has gotten a lucrative sponsorship with One plus via UFC and can nowadays be seen on the bottom of every UFC broadcast in their ads.

But before Dern was the affable staple in the audience at broadcasts she was one of the biggest flops in the promotion with the infamous 7lbs weight miss for UFC 224.

And mind you that’s a 7lbs miss for someone competing at 115lbs. To add insult to injury, Dern was sponsored by a scale company at the time. 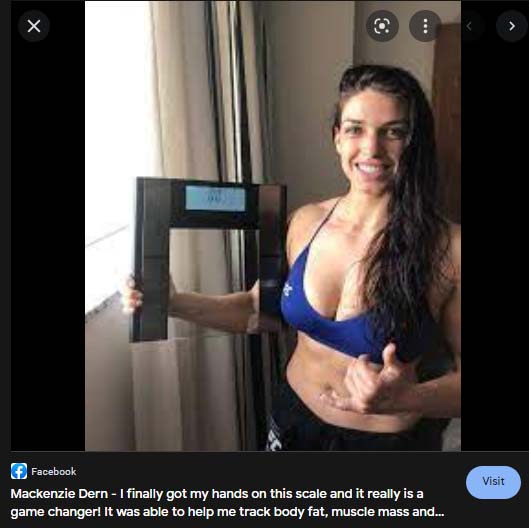 But she’s no longer the go-to when someone thinks about a weight miss.  Dern spoke with Shakiel Mahjouri and explained her relief at the whole UFC 279 Chimaev flop.

“But hey, I mean, I just after seeing Chimaev not make weight more than mine I was kind of like, okay, that beat my record,” she said. “I’m hoping that people will talk about that and just forget about mine.”

“It’s just my goal is just, like right now I’m really just working on getting muscle mass. So I’ve been with my strength training coach Rogerio Camoes for two years now. So it’s just it’s a long process, you know, just putting on muscle, putting on muscle. But I definitely feel I’m getting there, you know, I want to eventually be like, in a spot where maybe I can feel comfortable at 125 If I wanted to, you know, so it’s just like, thinking ahead, you know, okay, five years from now, something like that. But yeah, I mean, I’m in a really good moment in my career.”

Dern will be taking on Yan Xiaonan on Oct. 1 in a main event of a UFC on ESPN card.