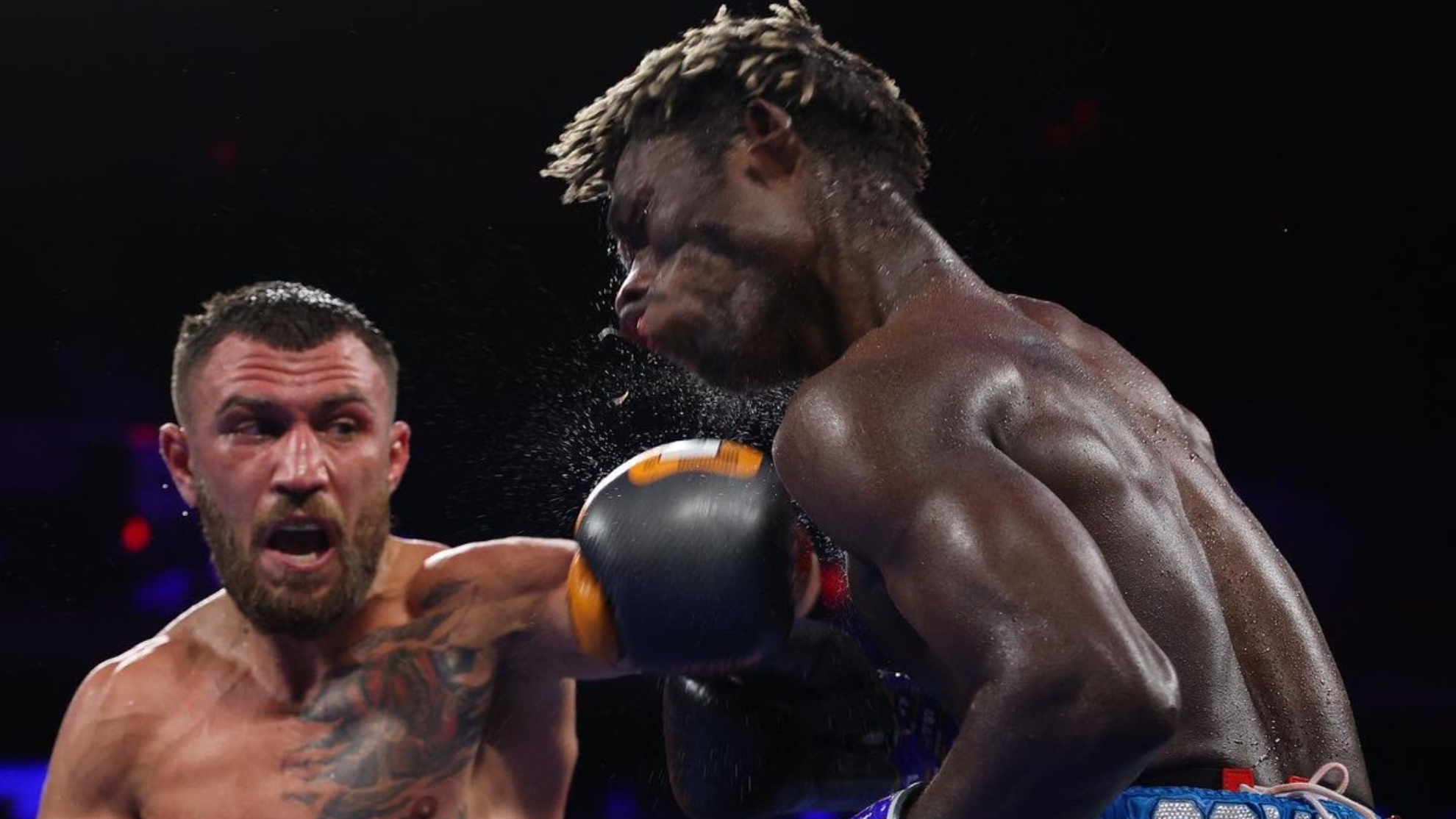 Commey was doing well in the opening round. However, Lomachenko got the better of him with his speed and precision. He continued being aggressive up in the third and fourth round, and finally, the 33-year-old floored Commey hard in the 7th round.

Seeing how his opponent struggled so much, the three-weight champion then signaled Commey’s corner to throw in the towel and stop the fight. He even shouted at them.

However, Commey’s corner ignored the compassion and refused to stop the fight. Left with no choice, Lomachenko continued the beating until the last round. Vasiliy Lomachenko was announced as the winner with scores of 117-110, 119-108, 119-108 via unanimous decision.

Later on, Vasiliy Lomachenko revealed his urge for Commey’s corner to stop the fight after he knocked down Commey. Lomachenko explained that he felt like Commey couldn’t continue the fight anymore.

“It was very hard for him. That’s why I said, ‘Hey, stop the fight’,” said Lomachenko.