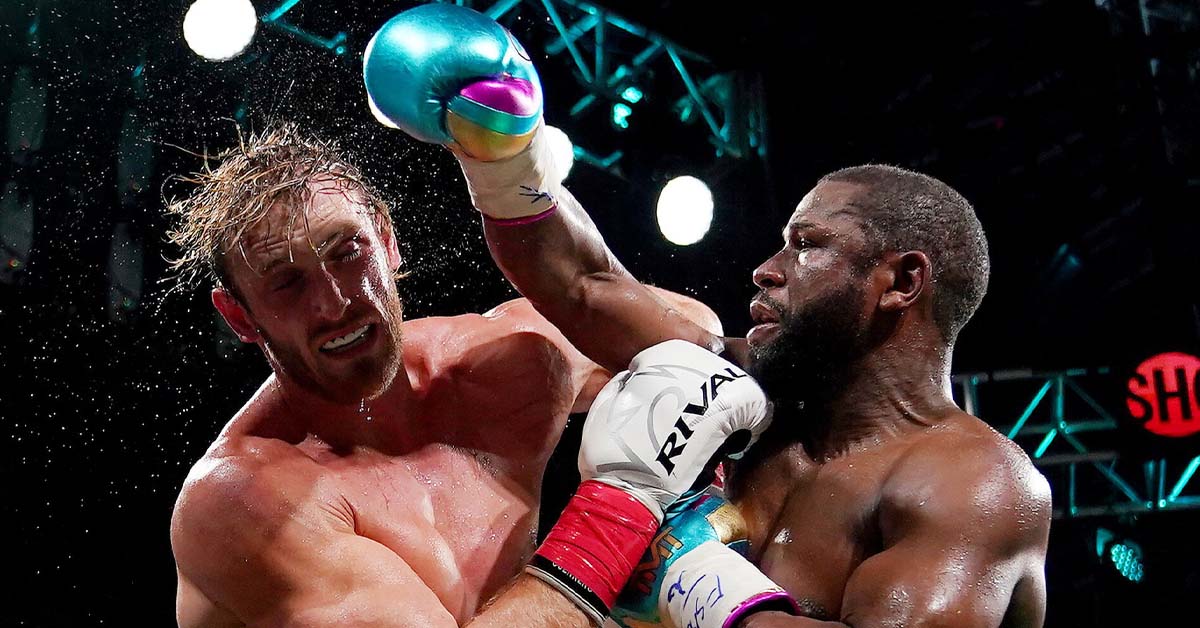 Logan Paul has a beef to pick with Floyd Mayweather. It’s been 6 months since Mayweather, 44, and Paul, 26, had a boxing exhibition bout and Paul claims he still hasn’t received his pay.

An 8 round exhibition in Florida was organized by Mayweather’s promotional company and had gone the distance – lasting full 24 minutes.

The bout was a real hit – it’s estimated the boxing bout had over 1 million PPV buys at 49.99$. It’s estimated to have made 50 million dollars.

Which makes it all the more surprising Paul wasn’t paid out. According to reports Paul was offered a guaranteed $250,000 plus 10 percent of the PPV sales. Rough total of the number Paul is allegedly owed is $5,250,000.

Mayweather was guaranteed 10 million plus 50 percent of the PPV meaning an extra 25,000,000 dollars.

Paul recently publicized the dispute on his instagram profile saying Mayweather has yet to pay him his share.

‘Pay me my Money u f*****g corny weasel of a human @floydmayweather,’ Paul posted on his Instagram stories, tagging Mayweather in a photoshopped picture of the American on a recent trip to Russia. 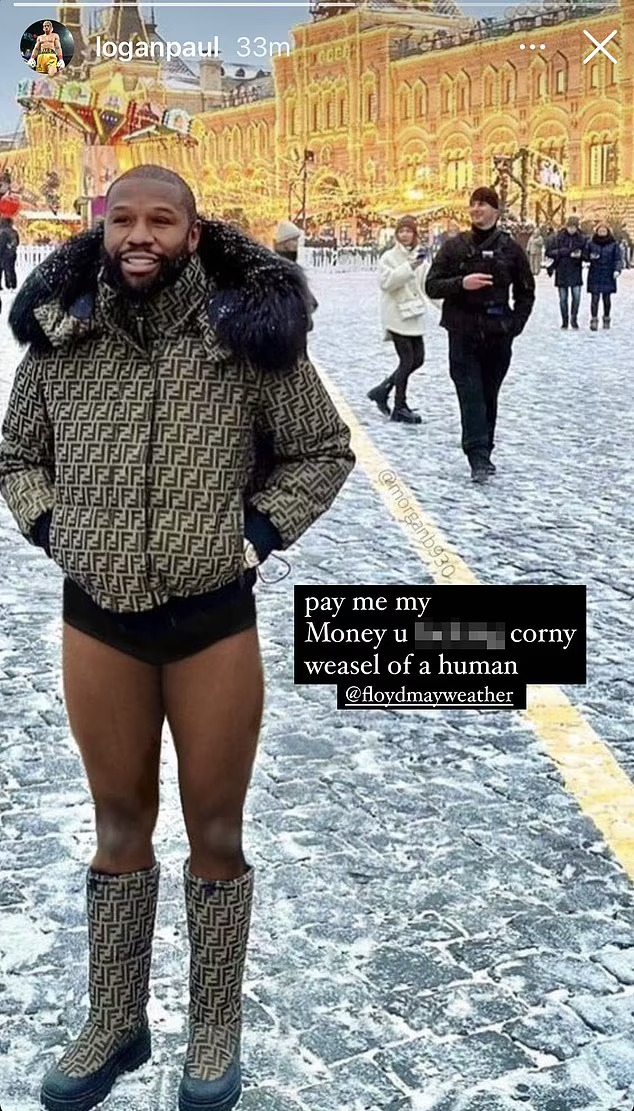 Mayweather retired back in 2017 and has since then done two exhibitions – one featuring Paul and another for Japan’s premium MMA promotion Rizin where he faced Tenshin Nasukawa in 2018.

The bout with Paul – who is significantly larger went the distance and as per the agreement had no winner. Boxing analyst Dan Rafael believed that Mayweather lost  -rounds 1 and 2 but dominated the last 6 rounds. Marc Raimondi felt that round 7 was Paul’s best round in the bout. Ultimately ESPN scored the bout 78-74 for Mayweather.

Mayweather is unlikely to ever make a professional boxing return. When asked, he insisted he had nothing left to prove:

‘I am going into the Hall of Fame,’ he said after the bout. ‘I have nothing to prove.

‘If they are happy with grappling and holding for eight rounds, that’s good for them – I hope the fans were pleased.

‘I have been in this sport for so long, I was letting people see I can come out at the age of 44 and bring 30,000 to the stadium and bring good pay-per-view numbers.

‘His whole goal was to survive and that was a win for him; if he’s happy, so be it. In the history books I will always be the greatest.

‘Will I make a comeback? Absolutely not. I have retired from the sport of boxing. I probably won’t do an exhibition again either.’