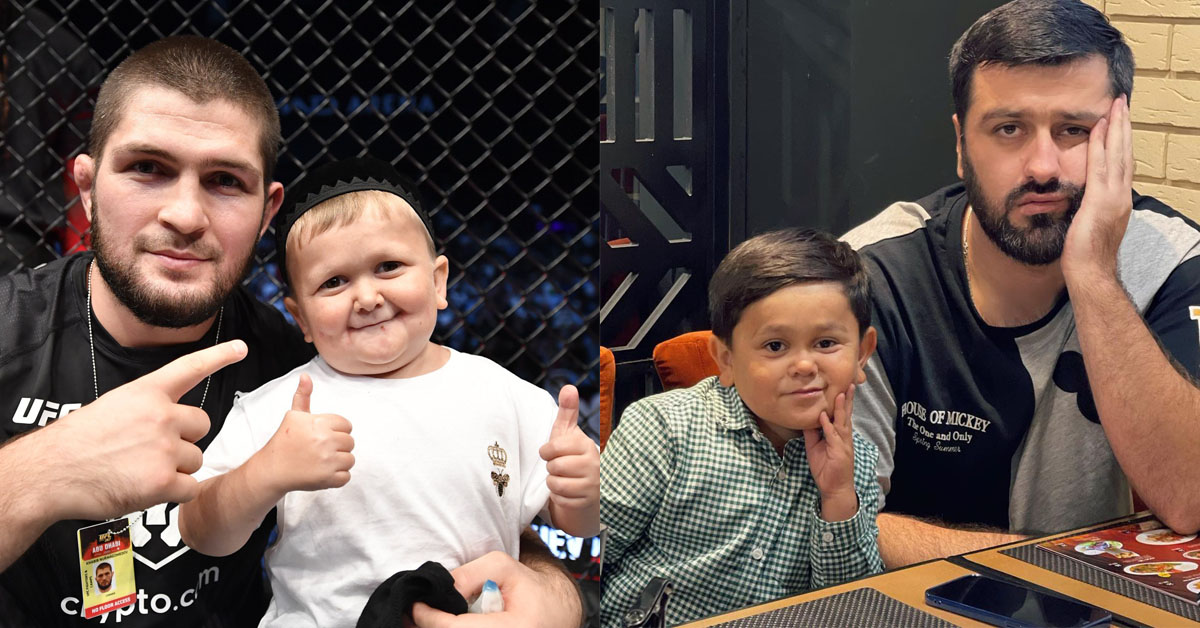 Viral sensation Hasbulla Magomedov has taken the internet by storm earlier this year. The Dagestani born Hasbulla has over 2 million followers on instagram. His celebrity status was only boosted by his presence at UFC 267 where he was present to cheer on fellow Dagestani Islam Makhachev.

Hasbulla and Makhachev’s cornerman and longtime friend Khabib Nurmagomedov even playfully headbutted each other during the post fight victory celebration.

Hasbulla & Khabib bumping heads with each other ? pic.twitter.com/yKehtwTYfy

But UFC 267 aside today we’re discussing a development that comes from Magomedov’s manager Asxab Tamaev. Tamaev is claiming to posses a sreenshot of a direct message between himself and UFC president Dana White on social networking app instagram.

The DM, believed to be from Saturday night, begins with White introducing himself before saying he would like to bring Hasbulla and his rival to the promotion. “Can we do it somehow?” he adds. 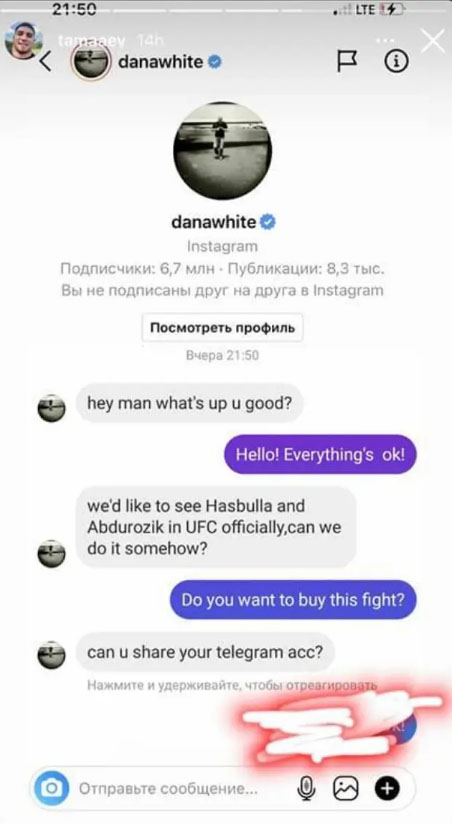 One highly suspicious aspect of the exchange is the mention of telegram. Only time will tell if the exchange has been doctored. As for Hasbulla he enjoyed meeting the big boss.

The face of the fight game Hasbulla with the boss @danawhite ?#UFC267 pic.twitter.com/JXWFF3nZ4u

Magomedov’s arch rival Abdu Rozik was also present at the event. There he accused Hasbulla of running “like a little girl” during nasty exchange.