NELK Boys are probably a ticket for UFC to ingratiate themselves to a younger fanbase. This  probably played a part in why Dana White decided to give their member $250,000 in cash as a birthday gift.

Nate Diaz will face Khamzat Chimaev in the main event of UFC 279 as a huge underdog. Not everyone is writing off the Stockton native, however. Kyle Forgeard of the NELK Boys wagered $50,000 on Diaz in defiance of the sports book. 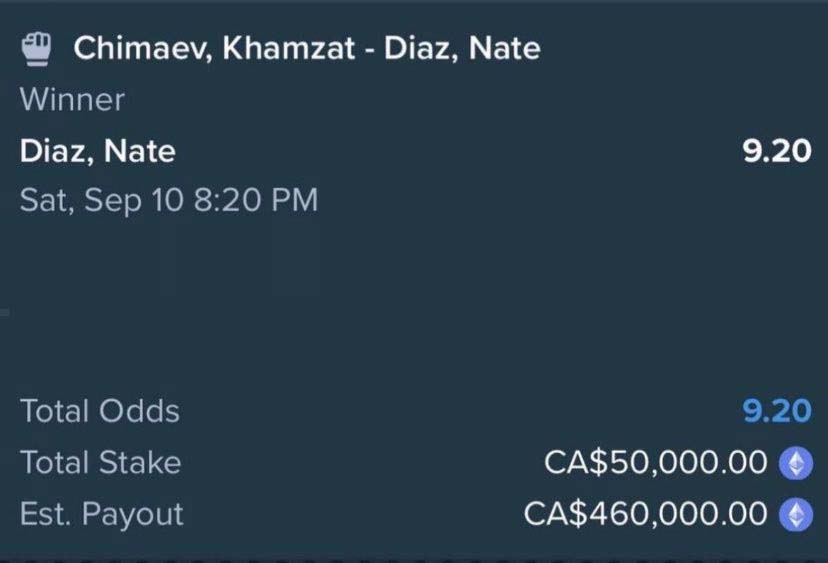 For those keeping count at home -that’s one fifth of Dana White’s  gift to Kyle – and also exactly what you might get as a bonus if you’re an athlete that knocked out of your opponent.

Like his predecessors, Forgeard is also likely sponosred by the betting house in making this bet. NELK was previously criticized for their involvement in getting minors to engage in betting.

Wager was publicized on NELK’s social media. And prompted many funny reactions from the MMA fandom. Instant parallels to Drake’s betting habits were made (worth metnioning he’s also a ‘partner’ of the same betting house.

Rapper Drake has a track record of losing bets, with even the favorites succumbing to the “Drake curse.” The musician most recently lost $230,000 on Jose Aldo and $200,000 on Kamaru Usman at UFC 278.

In his previous eight, four of which he won, Diaz has been the underdog. If the fan favorite defeats the advancing Chimaev with his hands raised, he will upset the welterweight standings.

Nate Diaz makes it clear that he never wanted to face Khamzat Chimaev. During Dana White’s interview on The Pivot podcast, a matchmaking board leak originally suggested a confrontation between Khamzat Chimaev and Nate Diaz. Fans first thought the notion was crazy, but the event is now nearly here.

UFC president Dana White reassured the MMA world that Chimaev was the opponent Diaz chose in response to criticism. The native of Stockton has corrected the record, asserting that he never requested Chimaev.

“Is they’re acting like I called for this fight, which I didn’t call for and don’t want and didn’t want and still don’t want. But I don’t give a f-ck, I’ll fight anybody. But, pressure’s on him, he better finish me, because he’s the next killer in town.”