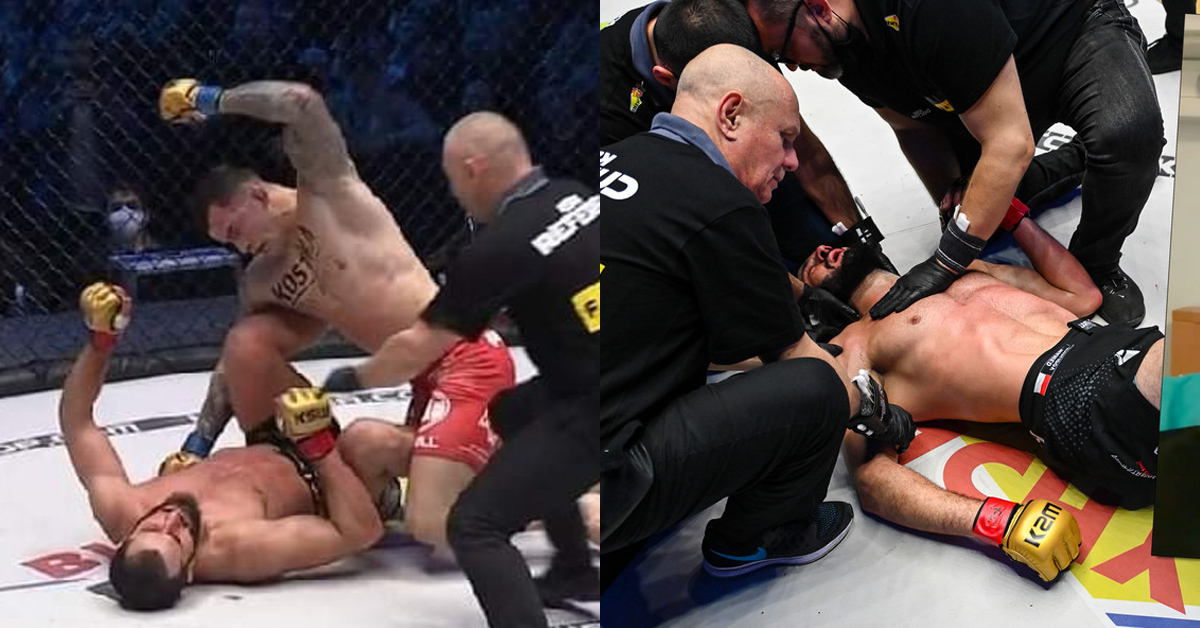 KSW recently put on one of the biggest shows of the year in Gliwice, Poland. The European promotion paired up veteran Mamed Khalidov (35-8-2) against Croatian sensation Roberto Soldic. Soldic is just 26 years old and has a record of 20 wins and 3 losses (he last lost in 2018).

The scariest fighter on the planet!!!

It was quickly established that the KO had caused substantial damage and multiple face fractures.

Mamed Khalidov before and after surgery at the MML Medical Center. During the press conference that has just ended, we saw these photos.

“The reports are true regarding the injury Mamed Khalidov suffered at KSW 65,” KSW sports director Wojslaw Rysiewski told MMA Fighting. “He suffered a broken orbital and multiple fractures and, as a result, needed a metal plate inserted.”

“Under the care of some of the best medial professionals in Poland, the surgery was a success and full recovery is expected. Mamed’s spirits are high, however, no timeframe was given for recovery and he will be monitored closely over the coming months.”

This was the first loss via strikes for Khalidov since his pro debut in May 2004.