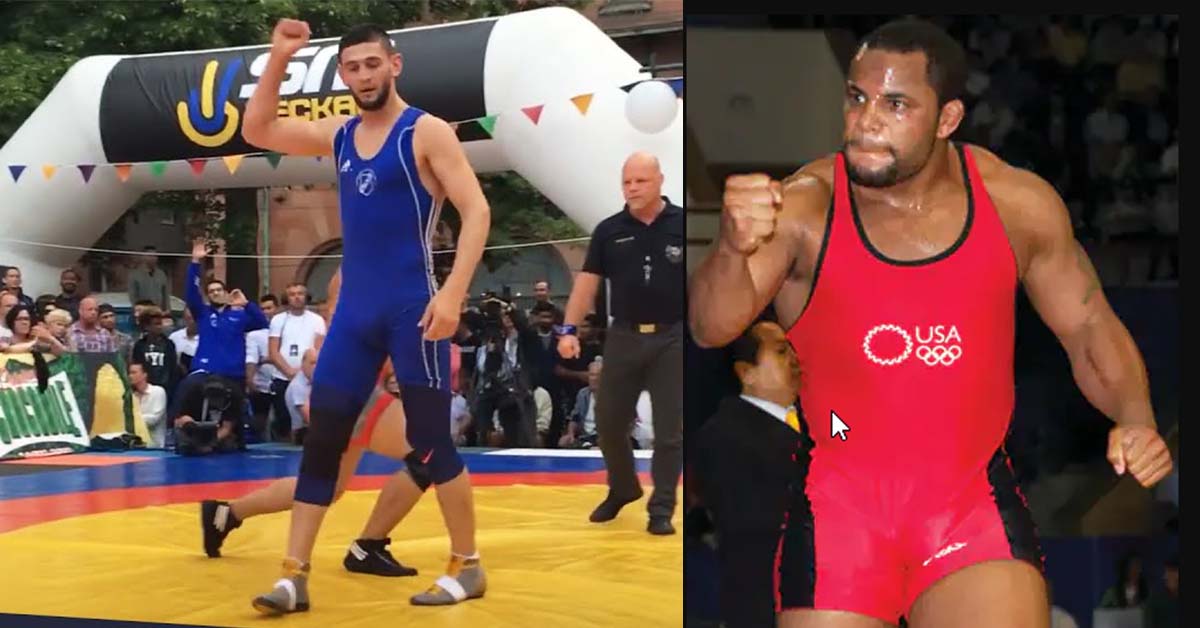 Seems like Khamzat Chimaev has a bad case of restlessness. Less than a month after his last wrestling exhibition against UFC fighter Jack Hermansson – Chimaev went on a challenge spree. On Monday evening, Chimaev went on a callout spree and challenged former UFC champions Daniel Cormier, Brock Lesnar, and Georges Saint Pierre to wrestle or fight him.

Khamzat Chimaev has bounced back from his bout of long Covid with a spectacular octagon showcase against Li Jingliang.

In a recent  wrestling match in Sweden, Chimaev secured the win on points. He set out some traps on his social media for the former UFC champions to see that if they will fall for it.

Let’s fight till one man leaves the cage @BrockLesnar ?

“New king of UFC vs. a legend. What you think?” Chimaev offered to former two-division champion St-Pierre.

New King of UFC vs a Legend. What you think ? @GeorgesStPierre

For those with short term memory – Daniel Cormier was once a member of the US Olympic team in freestyle wrestling and is a formidable opponent – especially for someone like Chimaev who has skill but doesn’t have a clear understanding of the rules of freestyle wrestling.

“In a real wrestling match?” Cormier replied. “Are you crazy Khamzat? Love that you’re confident, but brother this is 10-0 DC!”

In a real wrestling match? Are you crazy Khamzat? Love that you’re confident but brother this is 10-0 DC ! @KChimaev https://t.co/yZhpi9Viiz

Chimaev possesses great grappling skills, and it has played a vital role in his successful run in his MMA career. He is currently undefeated with a 10-0 record. Despite the different weight classes, Chimaev seems to prove people wrong. DC has said goodbye to the fighting and fulfilling his duties as a commentator nowadays. Who knows if Chimaev can grab a victory or DC has still got it? It will be amusing to look at him vs DC in a wrestling match.

It doesn’t look like Chimaev is going to stay out of action for a long time after making a comeback from a severe illness following the covid-19. He faced Li Jiangliang at UFC 267 on his return. He secured the victory in the very first round via submission.