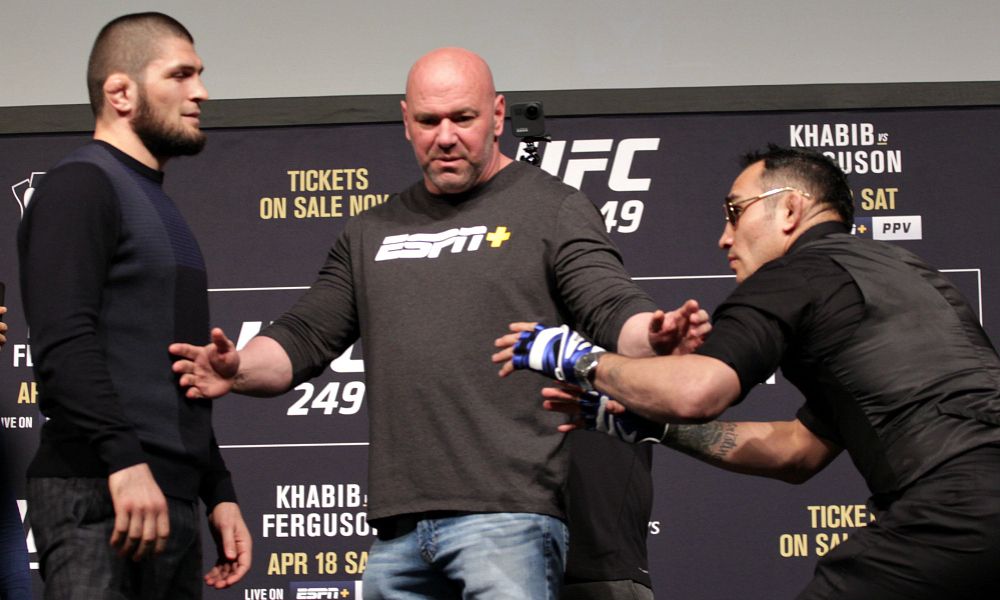 Tony Ferguson has had a rough couple of years. The biggest MMA red herring might be Tony Ferguson vs Khabib Nurmagomedov – and we’ll likely never get to see it. But considering how rough it’s been for Ferguson who at the very least had ankle ligaments and arm ligaments shredded in his last two fights – Nurmagomedov’s longtime manager Ali Abdelaziz thought it would be a great opportunity.

For Ferguson – his UFC career took a downturn after losing to Justin Gaethje.

Now Ferguson is no longer a title contender and his return to the cage is uncertain. Meanwhile Nurmagomedov retired at the behest of his mother – following the passing of his father Abdulmanap Nurmagomedov. In retirement Nurmagomedov is looking at Conor McGregor’s business successes and looking to mirror them. For Khabib this meant purchasing Eagle FC and taking a more active role when coaching his friends.

In this endeavor he partnered with the super sketchy manager Ali Abdelaziz. Abdelaziz long had ties to World Series of Fighting (later renamed to PFL). Abdelaziz was forced to abandon his place at WSOF due to a conflict of interests. At one point Abdelaziz’ wife was rumored to be a matchmaker for the promotion.

Now Abdelaziz is trying hard to promote Eagle FC – and he might be able to smell Ferguson’s weaknesses. For one huge holes in Ferguson’s jiu jitsu were exposed in the last couple of years. For another, Ferguson still aches for that fight with Khabib Nurmagomedov that will never happen.

@TonyFergusonXT what do you think about doing a grappling match with the Eagle in the future? I’m not picking on you, I’m serious. @TeamKhabib

For a long time, Ferguson was represented by Conor McGregor manager and collaborator Audie Attar. He has since changed his representation. It’s unclear how his new managers will feel about this new offer.