Khabib Nurmagomedov has made waves in the world of business since quitting MMA. He purchased and rebranded a combat organization (Eagle FC) in addition to promoting a number of businesses.

Khabib Nurmagomedov isn’t shying away from the tenants of his faith despite his extended stay in the US. He also travels quite a bit going between his homeland, UAE and US. Of course when he’s away he’s dealing with a major pitfall – UFC cards are happening in the middle of the night usually between 2 and 6am. 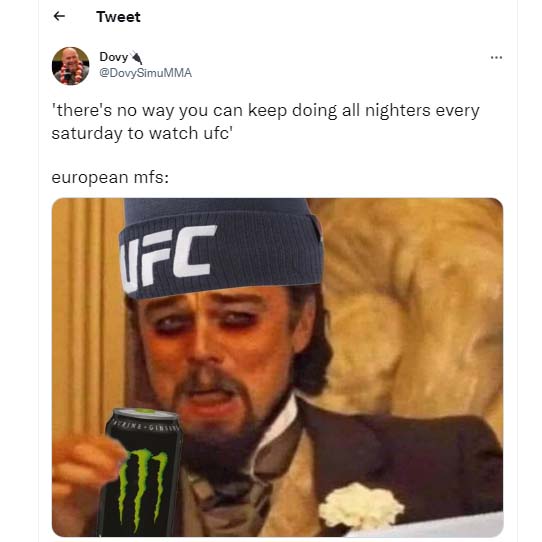 But despite being a CEO of a promotion, he’s not really obsessed with MMA. Recently he revealed he’s seen only 4 bouts he’s specifically gotten up for.

“Kamaru Usman [vs. Leon Edwards], yes. I don’t know why but I wanted him to beat that record. Francis Ngannou vs. Ciryl Gane. That was this year, right? I woke up for that one. There was another one, Petr Yan! I woke up for Yan vs. Aljamain Sterling. I couldn’t have missed it. I was really interested in it. I would have definitely woken up for this one but I was there watching it live, Mateusz Gamrot vs. Arman Tsarukyan. I was fortunate enough to watch it live.”

Nurmagomedov is in UAE right now prepping to corner Islam Makhachev in the biggest bout of his career against the stripped lightweight champion Charles Oliveira.

Nurmagomedov is already planning to get up for another UFC event he consideres must- see: middleweight clash between Adesanya and Pereira.

“I’ll wake up for Adesanya vs. Pereira. That’ll be interesting.”