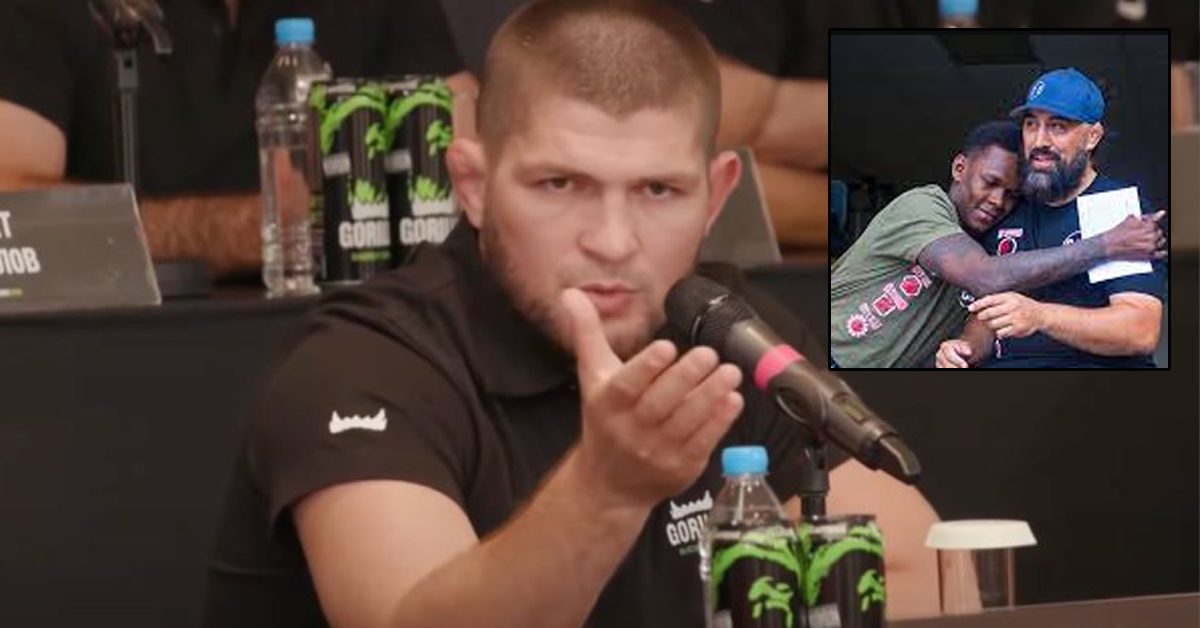 The coach of Israel Adesanya, Eugene Bareman, recently revealed that he has lost respect for the undefeated UFC veteran Khabib Nurmagomedov.  Same applies for the UFC lightweight Islam Makhachev, who is coached by Khabib Nurmagomedov among others.

During a talk with Denis Shkuratov and Kacper Rosolowski on the Submission Radio podcast, Eugene Bareman expressed his disappointment towards the attitude of these fighters. Bareman said that he used to respect Khabib because he is focused on fighting and just fighting. He never tried to clout chase and trash other fighters.

“The thing that I used to respect about him the guys like Khabib and that, is they were purists. All they did was fight. Don’t worry about the media. Just get on with your job and fight. But now, the game has got to them as well. Khabib talks more sh*t about other fighters than anybody,” Bareman told Submission Radio.

It is true that during his days as a fighter, Khabib was known for appearing unperturbed most of the time.

However, after his retirement in March 2021, Khabib (29-0) started to become substantially noisier. Back in November, Khabib trash-talked Tony Ferguson, on his Twitter account.

For the last three years Tony Ferguson you never won a single round in the @ufc some of the rounds you lost 10:8. Since 2015 you won only one fighter from top 15.
Tony, it’s a clear picture here, I’m not gonna go low and personal, not gonna insult you. It’s just a facts.

Bareman also said the same thing applies to Islam Makhachev. Bareman said both of them used to be unique for not caring so much about the conflict to build up a fight. Now both Russian fighters lost their uniqueness and are doing what most others are doing.

“Now you see Khabib slagging off other fighters and then Makhachev does the same. That never used to be a part of their culture. They had their own unique place in the sport. Now they’re just like everybody else. Like Khabib just talks as much s**t as anybody else,” said Bareman.

A lot of people assume that their manager Ali Abdelaziz is actively controlling their social media. However, Eugene Bareman still feels disappointed in them over this approach.

Nurmagomedov is now coaching Islam Makhachev who is scheduled to fight Beneil Dariush at UFC Fight Night scheduled for February of next year.