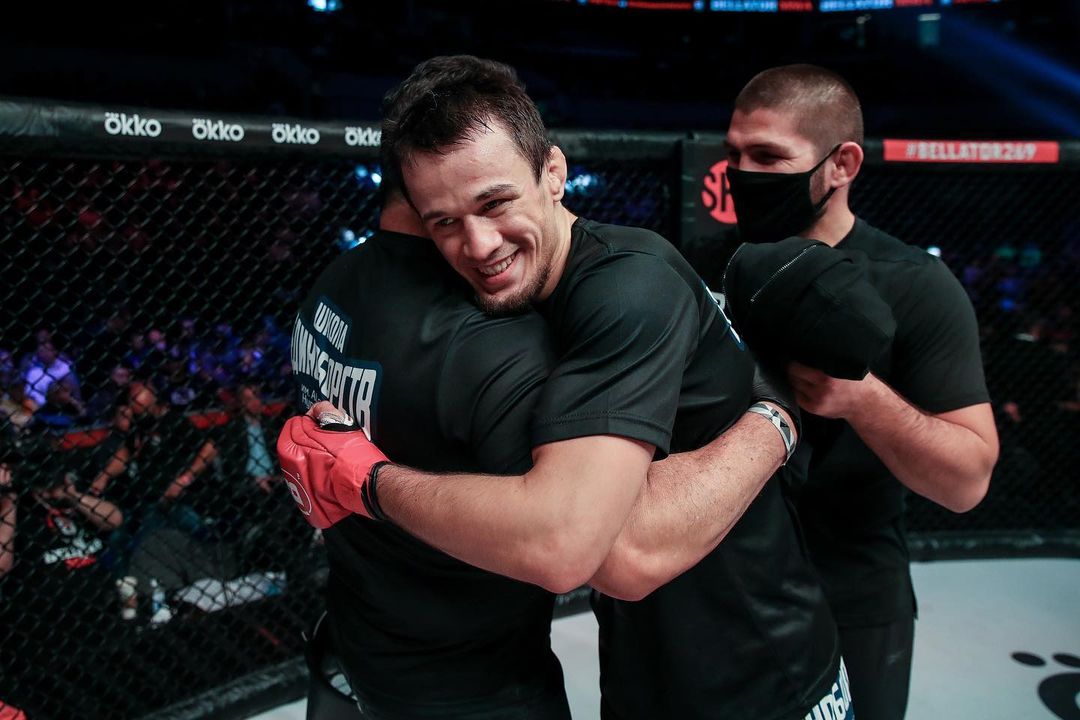 Usman Nurmagomedov, the brother of Khabib Nurmagomedov, asserted his dominance in MMA once again. Nurmagomedov continued undefeated streak with his win over Patrik Pietila at Bellator 269. Usman won the match with a rear-naked choke at VTB Arena in Moscow. The match lasted just over four minutes as Usman dominated his opponent with ease.

This makes the 3rd win for Nurmagomedov under Bellator banner. He has an undefeated streak of (14-0) overall in MMA. Khabib Nurmagomedov was in the corner offering support and advice. Usman started the match by taking down his opponent in less than a minute. After a few takedowns, Usman controlled the back of his opponent. Nurmagomedov ended the fight with a submission by way of rear naked choke.

After the match, Usman payed tribute to his brother Khabib who wasthere cornering. He also wore a shirt with the picture of his late uncle Abdulmanap Nurmagomadov.

He said: “It means everything to me. I don’t know how my career would go if I didn’t have my brother Khabib with me. It’s a fantastic feeling to fight in my home country of Russia.”

Usman Numagomedov’s coach Javier Mendez also praised his new trainee. Although, he had worked with guys like Khabib, Cain Velasquez, and Daniel Cormier Mendez picked Usman as the most talented student on his roster.

“Now he’s fully connected with me, Usman, was fully connected with me. Now I know I can do something with him. Because no matter how much talent he has, and I happen to think he’s the most talented MMA fighter I’ve ever trained, but he didn’t have the mind of someone like Khabib, Cain Velasquez, DC… Khabib and I have been working on him, on his mental. And we are almost there.”