While the majority of religions have tenants focusing on moral values the modern life often presents a challenge. Due to the advancement of technology and systems it can be very hard to categorize some things.

One such project is something called GMT Token. As you can see from the screengrab from coinmarketcap – GMT Token peaked in late August this year. 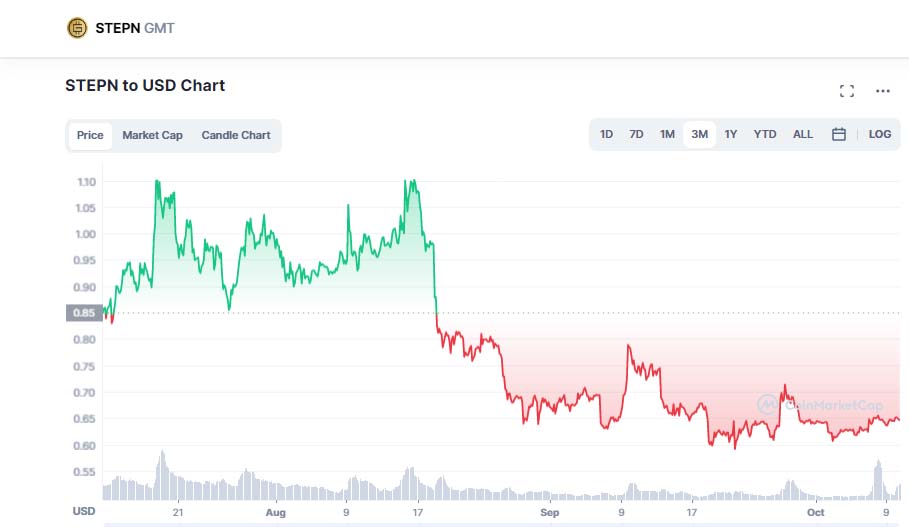 This happened to coincide with a very high profile endorsement – that of Khabib Nurmagomedov. 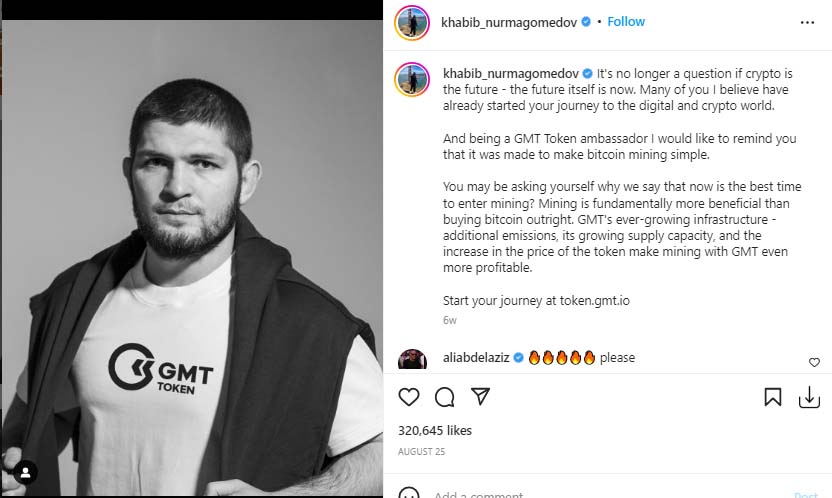 Now many UFC athletes endorse crypto projects, NFTs and various other projects. But Nurmagomedov has tried to distance himself and his MMA promotion from betting sites due to the detrimental effect they can have on one’s life and their clashing with moral values of his religion.

“Well, they pay big money. There are promotions that take their money, the bookmakers become their main sponsor, and they don’t need any more. We’re not moving in that direction. We pay attention to the type of product we give to our audience. “

But in many ways Crypto tokens are just that  – betting on a currency to gain in value.

This isn’t the only crypto project he’s endorsed even. He was previously a part of the first ‘metaverse boxing’ bout tied to Legion Farm NFT. Nurmagomedov ended up facing Holloway in an unememorable video game.

If we look at Legionfarm NFT’s value on open sea now we’ll see that the project is dead more or less. There have been no transactions in the last week. And upto then there was total volume of 3467.86 ETH which is a lot regardless of which value you assign to Etherium – price 8 months ago or now.

Legionfarm allegedly raised 11 M for their efforts but is apparently struggling now due to the war. The owner seems to be of Russian origin and as he explained in a May interview he’s going through an array of other challenges.