Kayla Harrison is busy doing promotional rounds for PFL’s first PPV card. Harrison has been doing a lot of interviews including a reddit AMA and a really good interview on the MMA Hour.

Harrison answered a lot of interesting questions during these two interviews but some perhaps aren’t as newsworthy as others.

Among key revelations, Harrison revealed International Judo Federation had offered her a job after she won the 2nd gold medal – after she won her second gold medal in 2016 in Rio Olympic Games. The job sounded nice however the actual pay offered was $25,000 per year which isn’t enough to even pay rent in the Boston area where she resided at the time.

Harrison also answered some evergreen questions about how she would fare to tinier albeit more skillful men.

As a part of her reddit AMA, Harrison answered some cheekier questions including how she would fare against infamous boxer Floyd Mayweather.

Harrison shares a manager with Henry Cejudo and had once argued about merits of Judo Olympic Gold vs Wrestling Olympic gold in the company of UFC Hall of Famer Khabib Nurmagomedov who oddly sided with her.

Harrison isn’t wrong either, Schaub has referred to her as everything from Kyla to Kamala in the months leading up to interview.

Harrison also once gave an interview citing she’d be a better stand up comedian than Schaub.

Many MMA fans are aware that Kayla Harrison’s chances of coming down to bantamweight are slim to none which is why she’s often compared in conversations with BJJ giant Gabi Garcia. But sadly, Harrison shot down the chances of herself participating in a match against Garcia. 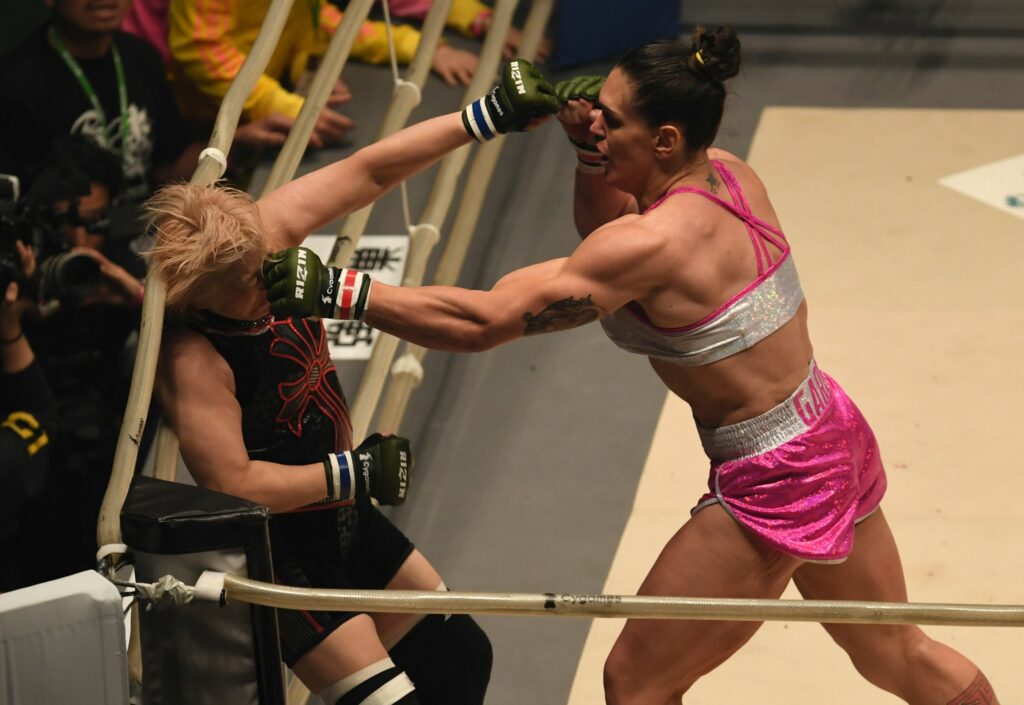