Former two-time PFL woman’s lightweight champion Kayla Harrison has not made any decision regarding her free-agent status . In a recent interview with ESPN, she said that she’s leaving her options open. 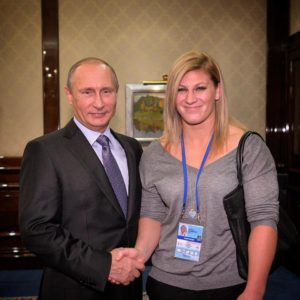 The 2012 and 2016 Olympics Judo Gold medalist told ESPN on Monday that she’s “considering” a move down to the bantamweight division. She also said that she’s hiring a chef and getting in touch with nutritionists to see if that move is physically viable. Harrison had fought in the 172 lbs division in judo.

Harrison was once Ronda Rousey’s roommate and had even fought her at a judo competition. 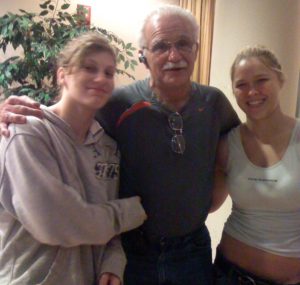 Once Harrison had announced her MMA transition she dismissed the chance of ever fighting Rousey. Back then she wasn’t optimistic about making 135lbs.

“Yeah I’m not really interested in fighting Ronda – we were training partners for years and we fought every day for seven years so… I’m not I’m not interested in revisiting that I think that it would be stupid, turned into like a giant judo match inside of a cage probably. And I can’t make 135 to save my life you know – you’d have to cut off both my legs so that’s not a realistic.”

The move is considered drastic as Harrison mostly fought at lightweight (155 pounds) in her MMA career except for a lone fight at featherweight (145 pounds) in 2020. She also competed at 78 kg (172 pounds) at the Olympics, making the drop to bantamweight seems bigger and unhealthier for her. 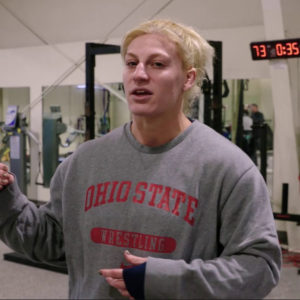 If previously Harrison is rumored to fight the-then double champ Amanda Nunes should she sign with the UFC, now she also considering a move to bantamweight to challenge the newly-reigned champion Julianna Peña that snatched the 135-pounds belt from Nunes back in December.

“I’m considering it,” Harrison said of the 135-pound move. “I heard that Julianna said she’d move up to 145 if they paid her enough, so that’s good news. That means I don’t have to chop off an arm. … I want to be the best. Everyone is talking about her.” 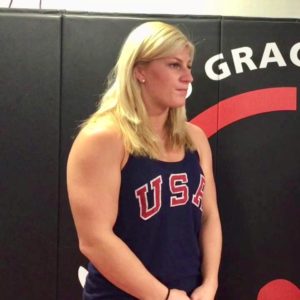 In her career, Harrison sets a goal for herself to be the best women’s fighter ever. But after adopting her sister’s children last year, her priorities have shifted a bit.

“Three years ago, I would have said legacy,” Harrison said. “That’s all I give a s— about. My advisers, they care about security. Obviously, I have two kids now, so for me, as hard as it is, security comes first. I have to make sure. There’s no guarantees in this life. There’s no certainties. I could snap my neck tomorrow and never fight again. Security is important. But if I can find a way to have security and continue to build my legacy, I think that’s a winner.”