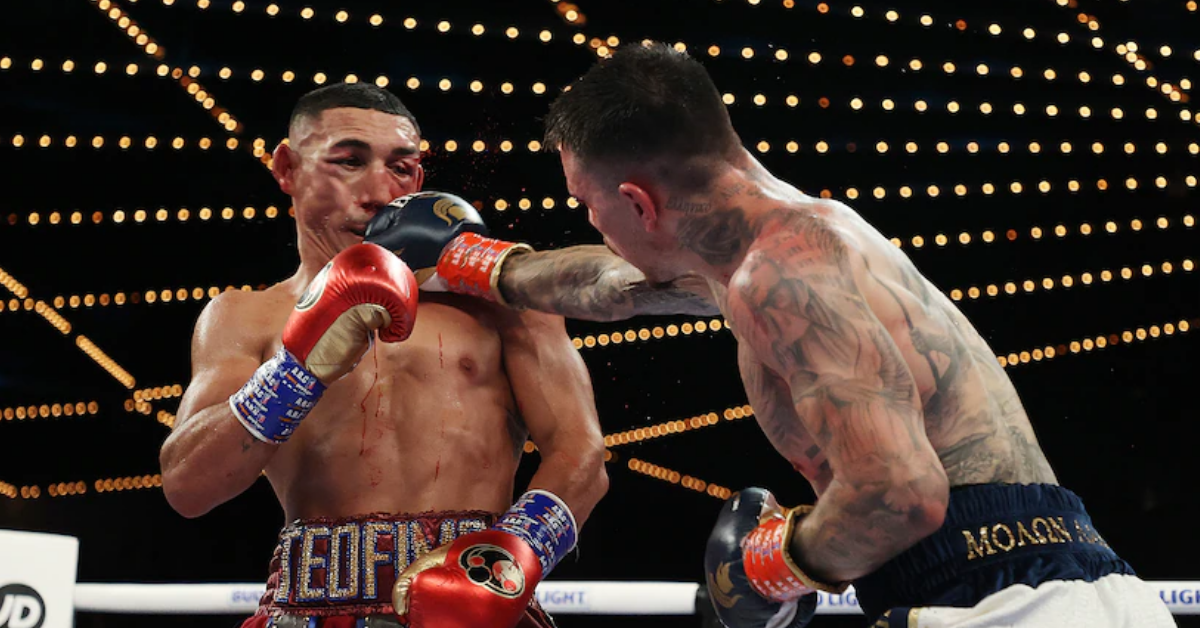 After fighting fiercely for 12 rounds, Teofimo Lopez had to give up all of his titles to Australian boxer George Kambosos Jr via a split decision. With this loss, Lopez gave up WBA (Super), IBF, WBO, and The Ring lightweight titles.

Teofimo Lopez, one of the best pound-for-pound fighters in the world, suffered his first loss after winning all 16 fights since he started his professional career in 2016.

The fight already shocked the audience during the first round where Lopez, dropped after Kambosos landed a heavy punch on his jaw. Both fighters were fighting fiercely and managed to stand until the full 12 rounds. The judges gave 115-111 and 115-112 for Kambosos and 114-113 for Lopez. The loss surely hurt – and attempt to illegitimize it by Lopez failed.

When Teofimo Lopez heard the judges’ decision – he decided to cut in and proclaim that he’d won. This kind of sour loser behavior wasn’t welcomed by the audience and he was booed off the mic.

“You’re one hell of a fighter, but I won tonight and everybody knows that. I don’t care what anyone says. I won tonight.” Told Lopez to Kambosos.

George Kambosos remains undefeated with a record of 20 wins 0 losses and holds the four lightweight titles.