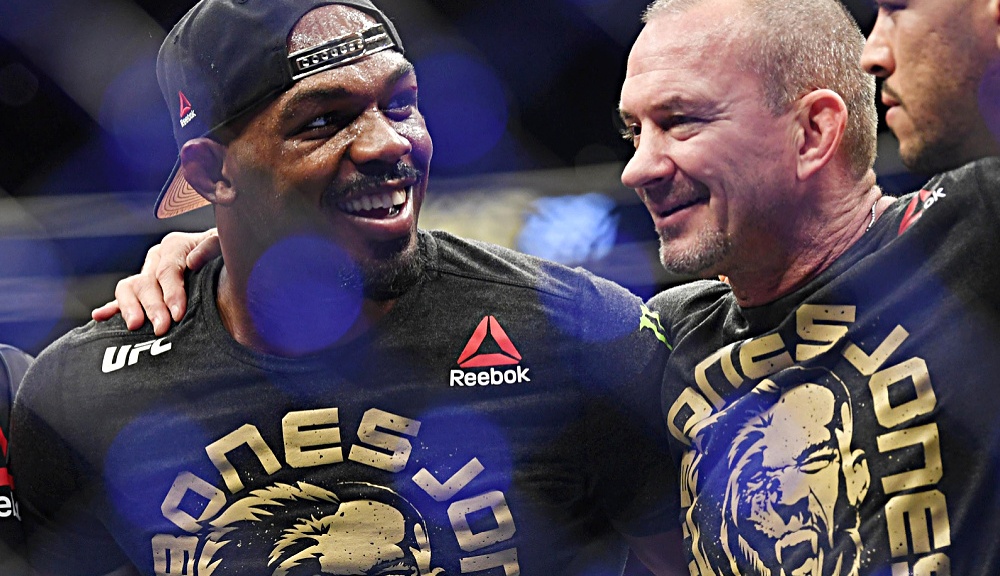 The controversial former UFC light heavyweight champion, Jon Jones, recently went on a long rant addressing his ex-coach Mike Winkeljohn for banning him from the gym following domestic violence arrest. ‘Bones’ expressed his disappointment for Winkeljohn turning his back during Jones’ latest brush with the law. 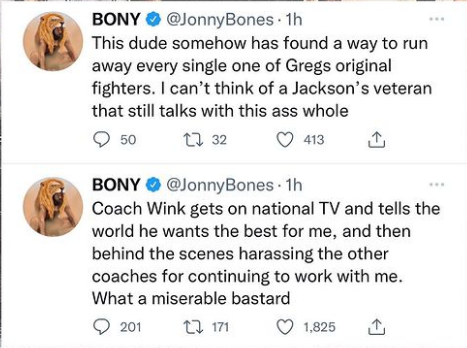 Winkeljohn was likely displeased – because several of the coaching stuff were with Jones on the night of his arrest – which reflects really badly on a team as a whole. This differs from other Jones’ arrest that largely had no impact on the team. 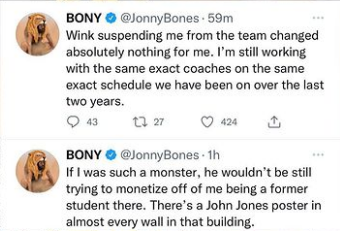 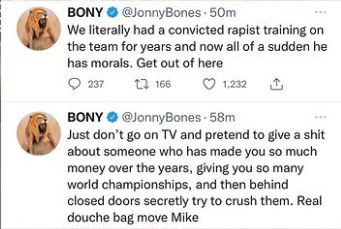 The convicted rapist in question is likely a reference to Cody East. East had a lengthy rap sheet – but was actually not convicted of the rape in question according to 2016 bloodyelbow article. East was a minor at the time of the incident and appears to have pleaded down his charges to charges of child abuse and battery. Judge sentenced East to nine years in prison, but suspended all but three years.

In the recent history Jon Jones was promoted to the jiu jitsu rank of purple belt by Gracie Barra’s Roberto Alencar. However – part of the same team black belt Rafael Freitas was accused of rape and later had the charges dropped against him. He was alleged to have dosed the victim and abused her while unconscious. The incident was recorded on the apartment’s surveillance system.

De Freitas was previously listed under “Instructors” on Jackson Wink MMA Academy’s website — listing his achievements and biography that says he “became one of the main grappling coaches” at the academy.

Jon Jones is well-known not only for his spectacular performance in the cage but also for repeated brushes with the law. Following his accusation for domestic violence against his fiancée on September 24th, Jones was banned from his long-time gym Jackson-Wink Albuquerque, NM by his former coach, Mike Winkeljohn.

Mike Winkeljohn said that Jon Jones was suspended from training at the facility until he overcome his addiction with dr*gs and alcohol.

“I just had a conversation with him. I said, ‘Jon, here’s the deal. You’re like my little brother. You have to stop drinking and fix these things for a certain period of time until you come back to the gym.” Said Winkeljohn.

Responding to this news, the two-time light heavyweight champion took to his Twitter account and starts a long tirade to his ex-coach for banning him from the gym.

“Had a heartbreaking conversation over the phone with one of my longtime coaches last night, really hurts to lose the support of someone I respect so much, Sincere (sic) thank you to the rest of the coaches for staying in the fight with. Our journey continues.” Wrote Jones.

Jones continued the series of tweets and even called Winkeljohn a bast*rd.

“Coach Wink (Mike Winkeljohn) gets on national TV and tells the world he wants the best for me, and then behind the scenes harassing the other coaches for continuing to work with me. Miserable bast*rd.” Wrote Jones with full disappointment.

Jon Jones even claimed that his ex-coach is responsible for making some veterans leave the gym for the past few years.

“This dude somehow found a way to run away every single one of Greg’s (Jackson) original fighters. I can’t think of Jackson’s veteran that still talks with his ass whole”. Jones added.

The 34-year-old fighter also thinks that his coach is just trying to chase clout and get his name known to the public.

“What type of friend gets on national TV and airs his “brother’s” dirty laundry. That was his opportunity to take a moral high ground over someone who trusts in him. He didn’t give two sh*ts about what actually happened that night (September 24.) Anything, anything for some publicity.”

Jones even mentioned that the gym had an unnamed fighter with a serious legal issue, but was still allowed to train.

“We literally had a convicted rapist training on the team for years and now all of a sudden he has morals.” Wrote Jones. The series of teets is now deleted by Jon Jone for an unknown reason.

Jon Jones’s last fight was back in February where he defeated Dominick Reyes via unanimous decision. After his payment demands were declined by the UFC for fighting Francis Ngannou, Jon Jones (26-1-1) has stated that he won’t be fighting until next year.