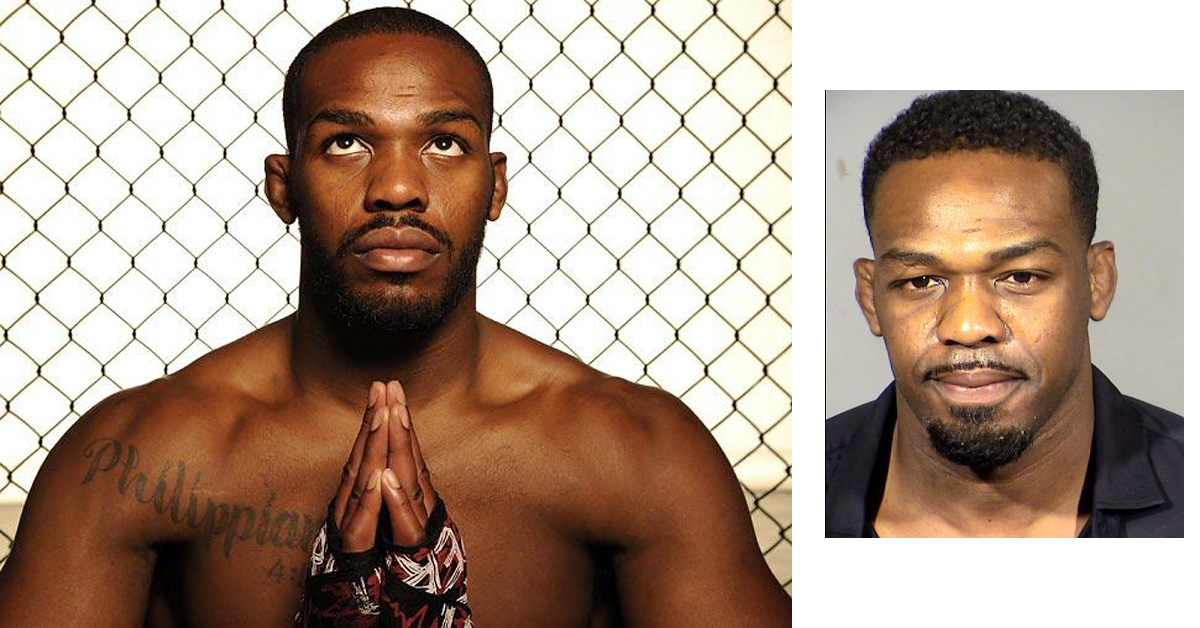 Jones has a history of making headlines due to his legal issues. These issues have sometimes resulted in his arrest and subsequent charges. They also varied in severity.

No doubt – he is one of the greatest fighters in the history of MMA. But Jones has been heavily criticized by his fans for his behavior. And he’s not exactly one to brush off criticism.

After his UFC Hall of Fame induction ceremony last September in Las Vegas, he was arrested and charged with domestic battery. Since then, he has been suspended by his head coach and banished from Jacksonwink gym in Albuquerque. Jones was seen then training with Henry Cejudo in Fight Ready, Arizona.

Jones has once again initiated his tweet and delete defense. Talking to his social media, he fired some shots on the hater posts that fans made, saying that they should mind their own business.

Jones: “If you’re still talking about what happened in Las Vegas but you’re living at your mom’s house, your priorities are in the wrong place my friend,” Jones wrote. “You’re over there focusing on another man’s troubles; I’m over here focusing on getting farther ahead of you.” 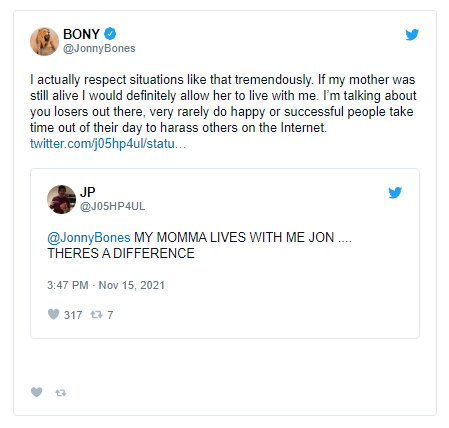 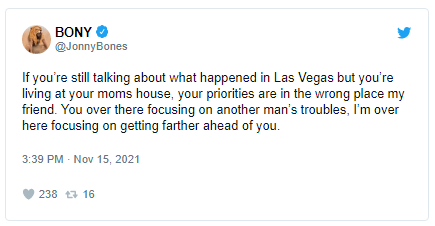 Fan: “But what about a situation where a mom lives with her son?”
Jones: “I actually respect situations like that tremendously,” Jones continued. “If my mother was still alive, I would definitely allow her to live with me. I’m talking about you losers out there, very rarely do happy or successful people take time out of their day to harass others on the Internet.”

Jones ‘mother had her leg cut during the fight week in UFC 197. Late on she passed away after a long battle with diabetes. Jones relinquished his light heavyweight title in 2020 opting for his target to make progress in the heavyweight division. But his return might get spoiled if he continues his pattern of getting involved in controversies. MMA fans’ reaction to Jones’ comment is mostly negative. His fans want him to take notes and should not be getting in such matters.

Jones is also often seen using Christianity as a crutch  – after severe screw ups. This was the case last week also when he posted the following.

It’s also worth noting that while he did in fact post this – he also promptly disabled the comments on the pic after.