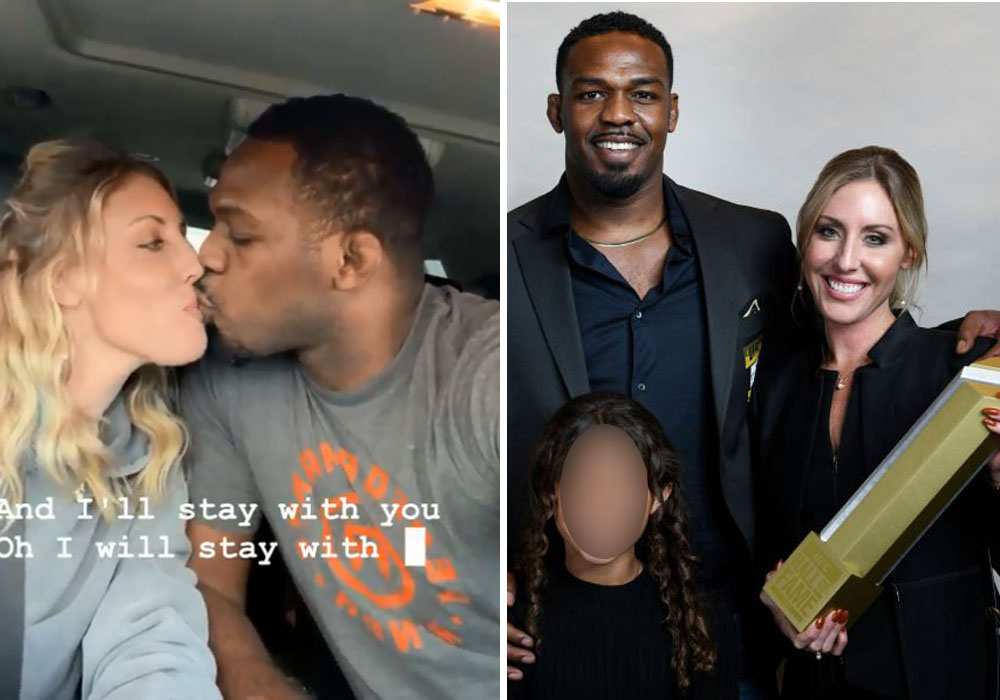 Jon Jones’ fiance of 17 years Jessie Moses seems content to stick by her man. As a reminder the pair flew in to Las Vegas with their 3 daughters for the UFC Hall of fame ceremony. Following the ceremony Jones is reported to have gone back to the hotel room to procure $10.000 for the strip club and then proceeded to go out with his friends with fiance and mother of his kids staying in the hotel.

According to the police report Moses was awakened at some time around 4:30 by “aggressive” but not “violent” Jones at which point she fled the hotel room and went to the security desk with the kids. Moses was described as bleeding from ‘her nose/mouth’ and had bloody clothing on.

According to the security guy – she appeared fearful and reluctant to go back to the hotel room. Physical altercation is said to have happened when she wanted to get out of the room – she admitted that Jones had pulled her hair in her Police statement.

Police described her as having had she had dried blood around her lips, chin and all over her sweatshirt. There was even blood on the rear elbow portions of her sweatshirt. She also had a swollen lower lip, red mark to upper right cheek and was visibly upset and seemed scared to talk about Jon.

But it seems like Jones and Moses have buried the hatchet. Former UFC Champion storied a video of him and Moses kissing in a vehicle overnight. Perhaps in an attempt to nullify reports of Moses’ injuries in the media – or attempt some sort of damage control.

Jones captured the idyllic make out scene to John Legend’s Stay with you.

Jones was arrested 4 days ago and is facing  charges of domestic violence and tampering with a vehicle.