The biggest transformation in jiu-jitsu in the last decade came thanks to the work of John Danaher. Many believe he revolutionized the leg lock game and created a complete scholarly system of bjj allowing for a brand new generation of grapplers.

Danaher co-created the leg lock meta with the help of Eddie Wolverine Cummings who has since retired from the sport after a falling out with the initial team. The ‘squad’ was born in 2016 when Gordon Ryan submitted ADCC winner Yuri Simoes in the finals of EBI Absolutes. Ryan was in the competition along with Garry Tonon.

Tonon is perhaps the first to bring the group major media exposure with his performances at ADCC 2013 and ADCC 2015. Tonon might not have had the perfect record but he was among the first to make their matches entertaining first above all else. 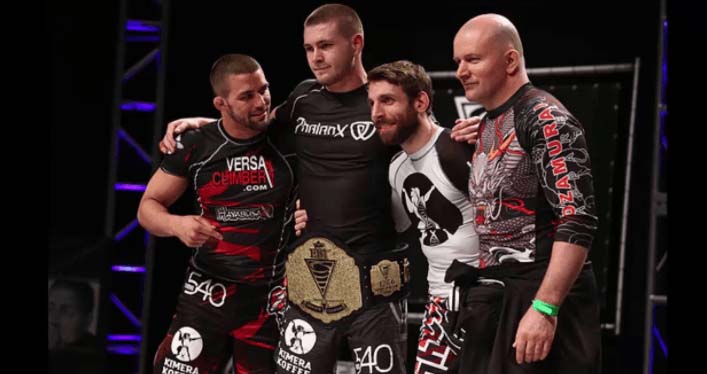 With the meteoric rise to fame Gordon Ryan managed to pull off, Eddie was sidelined and eventually ended up splitting from the team with some sort of a mutual agreement to not slander each other on social media. This was clearly a big stipulation considering how Ryan tends to treat his adversaries from the unfortunate Dillon Danis to Andre Galvao.

From there the team launched one of the most impressive campaigns that culminated with Gordon Ryan winning a gold and a silver medal at ADCC back in 2017. As the team gained a fan base there was a big push to learn from them and incorporate their game plans from other competitors. Most notably an Australian transplant Craig Jones. Not to mention that Gordon Ryan had a younger brother who was homeschooled by John Danaher and went on to join the squad himself with some success. 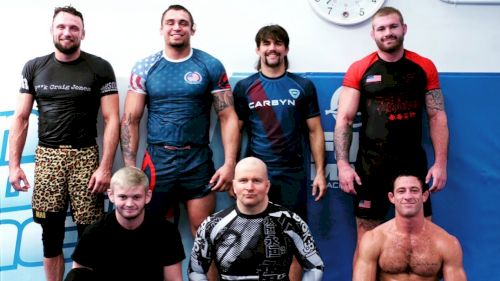 The affable Jones joined the team and despite having faced Gordon Ryan in competition previously the team didn’t show signs of disagreements publicly.

ADCC 2019 also brought a new name to the stage. Unusually athletic wrestler Nick Rodriguez managed to win a medal despite having had under a year of jiu jitsu training thanks to his wrestling. With the two of them the Danaher Death Squad sailed through many of Ryan’s public controversies straight into the pandemic.

Sources behind the scenes have confirmed that the group had already started to splinter.

Due to the political climate in New York the crowd opted to move to Puerto Ricco. But soon after they would announce a team split and a move to Texas. While many speculated as to why the split had happened few were reluctant to speak on it and Danaher gave no explanations until recently when he had a 4 hour sit down with podcaster Lex Friedman who pressed him on the issue. Here’s how Danaher explained what transpired:

“In particular, there was a family tension between two brothers, which magnified over time. It had an element of tragedy insofar as not only was it a team breakup was also a family breakup, which is much more serious.”

He blamed the move for facilitating the breakup:

“The decision was made. A majority decision was made to go to Puerto Rico. In Puerto Rico, the conditions in which the team lived changed significantly. When you’re in New York, New York is such a big city that if there’s any tension between team members, inevitably there will be in a competitive sport where everyone’s fighting each other. You can kind of bury them in the size of the city because there’s so many distractions in New York.”

“In Puerto Rico, we lived in a very small local town, Dorado, and most of the athletes were living with each other, with everyone living in very close proximity to each other. Any tensions got magnified because there was no relief from them. You didn’t get to get away from people. So I believe it had the effect of magnifying whatever tensions there were.”

“In particular, there was a family tension between two brothers, which magnified over time. As time went by, these these tensions started increasing. They came to a point where it was difficult for them even to be in a training room together. At that point, you’re starting to you know, once training takes a hit, then you’ve got to start to address the standard.”

While Danaher was reluctant to name names the only set of brothers that was separated in the split was Gordon and Nicky Ryan with Nicky going to found Plan B and Gordon sticking with his very own Team A or so called New Wave.

“What I wanted to do was keep the team together as long as the period leading up to ADCC so that everyone could train together. So I said, okay, there’s problems, but let’s just tough it out. One year we moved to Texas. But I believed that the team would be weakened by breaking apart. But that was rejected and the team split and they moved to Austin.”

“We’d made prior arrangements to go to a local gym and they took that gym and we were left with no gym and more or less homeless. Then in Austin.”

“I’m not a particularly emotional person, but it was a it was an emotional time for everyone. It was it had an element of tragedy insofar as not only was it a team breakup was also a family breakup, which is much more serious.”