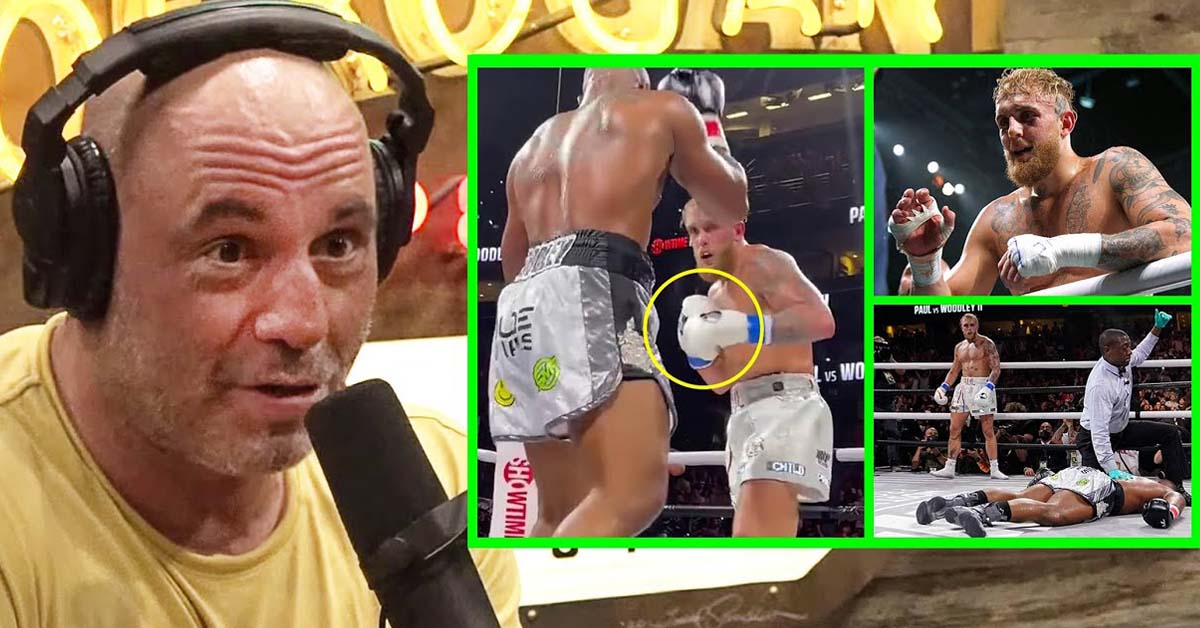 Joe Rogan is one of the most popular podcasters in the world – he’s also a longtime UFC commentator. Recently he weighed in on the rumors of Jake Paul ‘rigging’ his boxing bouts.

What might surprise many fans of martial arts is that Rogan appears to be confident in the legitimacy of Paul’s recent knockout victory over former UFC welterweight champion Tyron Woodley.

Paul, who is more known as a youtuber everyone loves to hate flat lined Woodley after 5 lackluster rounds of clinching with a stunning right hook.

Since then many have been trying to re examine the footage and cry foul – after all Woodley hadn’t been knocked out since 2012.

Still Rogan – who has been calling fights for over 20 years, believes Paul is credible as a boxer.

“All the casuals are thinking it’s fake,” the 54-year-old said on his Joe Rogan Experience podcast. “They were saying there’s a tell because [Paul] moves his hand [like] he’s saying, ‘Here comes the big right hand. I’m [going to] hit you’.
“He’s been good though. People want to pretend he’s not cause he’s a YouTube guy, but the way he knocked out Tyron Woodley, that is [expletive] skilful. He’s got real power.”