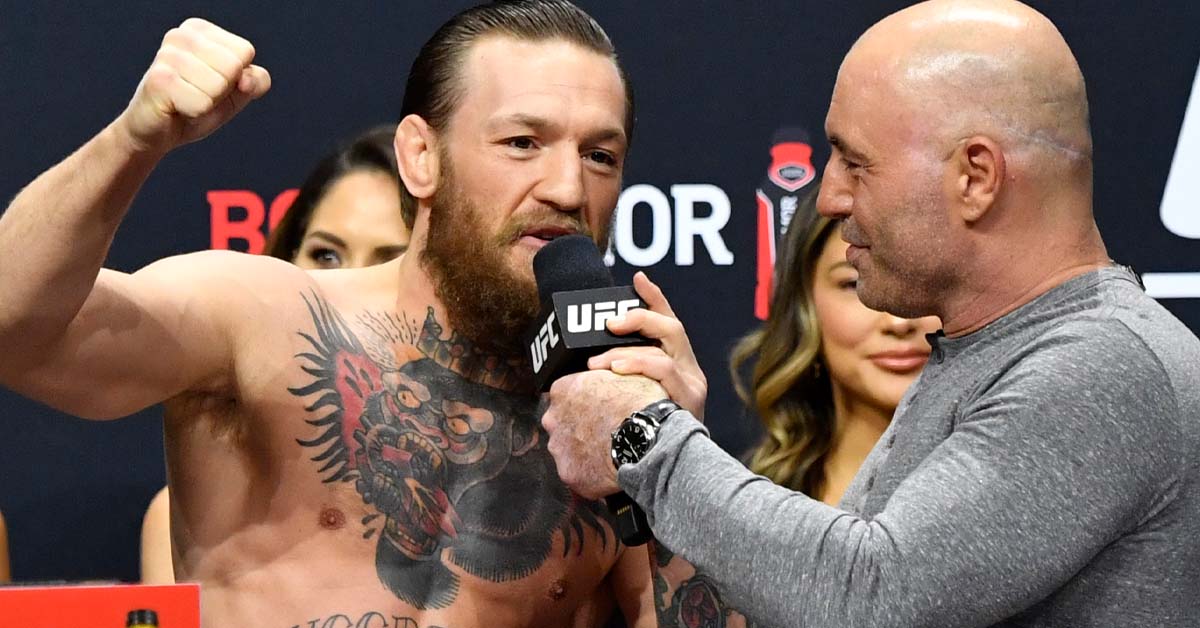 Conor McGregor has a great number of flaws. However selling pay-per-views is not one of them. This key distinction might be why the UFC appears to be paving the way for former two division champion to get a title shot on his return.

McGregor has been the name behind 18.6 million PPV sales. This is compared to total of 26 million ppv sales. 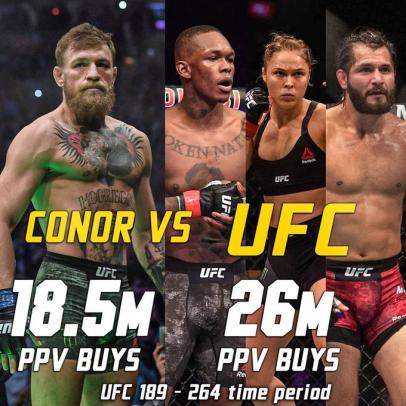 And that is very hard to argue with. Which is why nobody was shocked when UFC commentatory and the largest influencer in MMA space Joe Rogan advocated for the Irish sports star.

“He’s just got that freakish punch. I mean that’s just genius, he had a little bit of a cut over his right eyebrow from that punch. Look how genius this is, that’s so genius. You know what’s even more genius? He worked on the exact same thing and he mimicked what he was going to do, in the green room. There’s a video of him, Conor, Conor pretending to be Aldo and then him showing what he’s going to do and counter. He does the exact same move in the green room, knowing in the dressing room, knowing that’s going to be the fight,” – said Joe Rogan in a clip that was released to youtube.

Now – if you’re not airing on the side of caution this might seem genuine however there’s one huge thing nobody appears to have noticed.

Unlike any other Joe Rogan clips – this clip includes McGregor’s highlight reel in the open. Rogan, who was famously careful to never include any audio or video of current UFC events even on his MMA dedicated shows is now showing McGregor highlights and advocating for him while the fight footage makes his head glisten.

Meanwhile Charles Oliveira signaled that he was all for it.

“Gaethje was knocked out by Poirier, who I just submitted. He was almost knocked out by Chandler, who I beat via TKO, but I´m a UFC employee,” Oliveira said. “If they choose that I should fight Gaethje next, I’ll be ready too.”

“To tell you the truth, I couldn’t understand his posture,” Oliveira said of Gaethje. “He said a lot of bullshit about me, but when he faced me he said I deserve all the respect, that I was a real champion. A few minutes later told he the press that he would [break my face]. To tell you the truth, I really don’t care about all this drama.”

He told Sherdog: “May would be a wonderful date. Conor challenged me asking a date, and tweeted Ireland vs Brazil 2.

“Not only him, but also myself and all the world wants to see that fight. So let’s make it happen.”

“I’m waiting for him in May. It may be in welterweight, lightweight or middleweight, with my title on the line or not. Just choose and I’ll be ready.”

Of course win or lose – things are not looking great for Gaethje. In the 6 months leading up to May he’ll likely be expected to fight somebody else. And even if he were to come out a winner – McGregor vs Baby Khabib seems so – SO Much more marketable. In fact so marketable that you could even speculate there is a timeline where Khabib would consider returning if Makhachev were to fail against McGregor.

Naturally all these fights are nothing but a mere fantasy at the moment. It’s very hard to predict how McGregor will recover – and if he does in what condition will he be fighting. Many have speculated that he needs to enlist a serious MMA coach over a journeyman like Kavanagh and even that his lavish lifestyle might  be the biggest hinderance for his fighting career.