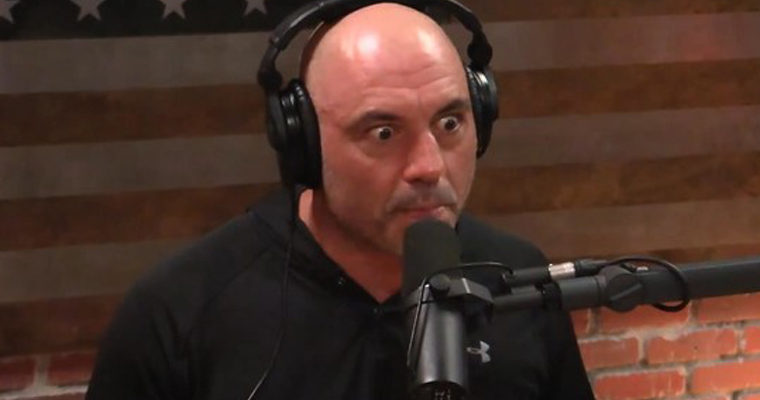 Joe Rogan has been feeling the heat thanks to the guest list for his spectacular podcast Joe Rogan Experience. On the podcast Rogan has had conversations with a number of experts on a wide range of topics. The podcast is infamously not scripted and spontaneous. This – coupled with Rogan’s own affinity for conspiracies has the tendency to produce bombastic media stories.

The behemoth of a podcast reportedly averages 11,000,000 downloads per episode. But considering that Spotify shares are suffering as a result of media scrutiny – it was inevitable something would have to be done.

Variety have claimed Spotify shares dropped by 6%  between January 26 and January 28 after Young made his announcement.

“Shares of Spotify fell 6% from Jan. 26-28. Over the same time period, the tech-heavy Nasdaq composite index rose 1.7% and the Dow Jones Industrial Average was up 1.1%. For the sake of comparison, Netflix’s stock recovered a bit, up 4.9% over the last three days, after getting hammered following its Jan. 20 earnings report.”

Following the pressure from a number of public personalities including The Sussexes, Neil Young, Joni Mithcell and more Rogan made an apologetic statement on his social media profile:

Rogan denied in a video posted to Instagram on Sunday night that he promoted misinformation and said he would “try harder to get people with differing opinions on” his show and “do my best to make sure I’ve researched these topics.”

Rogan’s statement as transcribed by calfkicker.com:

“Hello friends, I wanted to make a video to address some of the controversy that’s been going on over the past few days. And first of all, to say thank you to everyone that sent love and support, I truly, truly appreciate it. And it’s been very nice to hear from you. I want to make this video first of all, because I think there’s a lot of people that have a distorted perception of what I do, maybe based on sound bites, or based on headlines of articles that are disparaging. The podcast has been accused of spreading dangerous misinformation, specifically about two episodes, a little bit about some other ones, but specifically about two, one with Dr. Peter McCullough. And one with Dr. Robert Malone. Dr. Peter McCullough, is a cardiologist, and he is the most published physician in his field in history. Dr. Robert Malone owns nine patents on the creation of mRNA vaccine technology, and is at least partially responsible for the creation of the technology that led to mRNA vaccines. Both these people are very highly credentialed, very intelligent, very accomplished people. And they have an opinion, that’s different from the mainstream narrative. I wanted to hear what their opinion is, I had them on. And because of that, those episodes in particular, those episodes were labeled as being dangerous. They had dangerous misinformation in them.

The problem I have with the term misinformation, especially today is that many of the things that we thought of as misinformation just a short while ago are now accepted as fact, like, for instance, eight months ago, if you said, if you get vaccinated, you can still catch COVID. And you can still spread COVID, you would be removed from social media, they would they would ban you from certain platforms. Now, that’s accepted as fact, if you said, I don’t think cloth masks work, you would be banned from social media. Now that’s openly and repeatedly stated on CNN. If you said I think it’s possible that COVID-19 came from a lab, you’d be banned from many social media platforms now that’s on the cover of Newsweek, all of those theories that at one point time were banned, were openly discussed by those two men that I had on my podcast that had been accused of dangerous misinformation. I do not know if they’re right. I don’t know. Because I’m not a doctor. I’m not a scientist. I’m just a person who sits down and talks to people and has conversations with them. Do I get things wrong? Absolutely.

I get things wrong, but I try to correct them. Whenever I get something wrong. I try to correct it because I’m interested in telling the truth. I’m interested in finding out what the truth is. And I’m interested in having interesting conversations with people that have differing opinions. I’m not interested in only talking to people that have one perspective. That’s one of the reasons why I had Sanjay Gupta on Dr. Sanjay Gupta, who I respect very much, and I really enjoyed our conversation together. He has a different opinion than those men do. I had doctor Dr. Michael Osterholm on at the very beginning of the pandemic. He is on President Biden’s COVID-19 advisory board. I had Dr. Peter Hotez on who is a vaccine expert. I’m interested in finding out what is correct and fight. I’m also finding out how people come to these conclusions and what the facts are.

Now, because of this controversy, and I’m sure there’s a lot of other things going on behind the scenes with these controversies, but Neil Young has removed his music from the platform of Spotify. And Joni Mitchell and apparently some other people want to as well. I’m very sorry that they feel that way. I most certainly don’t want that. I’m Neil Young fan. I’ve always been a Neil Young fan. I’ll tell you a story at the end of this about that.

One of the things that Spotify wants to do that I agree with, is that at the beginning of these controversial podcasts, like specifically once about COVID, is to put a disclaimer and say that you should speak with your physician and that these people and the opinions they express are contrary to the opinions of the consensus of experts, which I think is very important. Sure, have that on there. I’m very happy with that. Also, I think if there’s anything that I’ve done, that I could do better is have more experts with differing opinions. Right after I have the controversial ones. I would most certainly be open to doing that. And I would like to talk to some people that have differing opinions on those podcasts in the future.

We’ll say, you know, I do all the scheduling myself and I don’t always get it right. This these podcasts are very strange because they’re just conversations. And oftentimes I have no idea what I’m going to talk about until I sit down and talk to people and that’s why some of my ideas are not that prepared or for lashed out, because I’m literally having them in real time.
But I do my best. And they’re just conversations. And I think that’s also the appeal of the show. It’s one of the things that makes it interesting.

So I want to thank Spotify for being so supportive during this time. And I’m very sorry that this is happening to them, and that they’re taking so much heat from it. And so now the the Neil Young story, when I first of all, I’m not mad at Neil Young. I’m a huge Neil Young fan. I’ve always been a Neil Young fan.

When I was 19. I was a security guard at a place called Great woods in Mansfield, Massachusetts. It’s an outdoor concert amphitheater. And Neil Young was playing there. And that was the last day I worked there, I quit during the Neil Young concert. The job is kind of crazy, because there was a lot of times it was Fights broke out and stuff. And I think I probably got like 15 bucks an hour, and I was not about to get beat up for 15 bucks an hour. So I would bring a hoodie with me whenever I worked. So in case the shit hit the fan, and it got too crazy. I would just put my hoodie on and leave and cover my security outfit. My security shirt. So one day during a Neil Young concert, there’s a the amphitheater, the way it’s set up is there’s a covered area outside that has seats, and then there’s a lawn area behind it. And the lawn area. During the Neil Young concert, they got a little rowdy was called out and they started bonfires. So they had these raging fires on the lawn. And we were supposed to go and put these fires out and stop them. So we tried for a little while. But then Brawl started breaking out and started getting crazy. And I was like fuck this. So I put my hoodie on, I zipped it up. And I left and I drove home. And as I was driving home, I was singing keep on rockin in the free world. That was my last day on the job. I don’t even think I collected my last check.

And, and do my best to make sure that I’ve researched these topics that the controversial ones in particular, and have all the pertinent facts at hand before I discuss them. Again, I’m not trying to promote misinformation, I’m not trying to be controversial. I’ve never tried to do anything with this podcast other than just talk to people and have interesting conversations. I didn’t plan it, I can’t believe it’s as successful as it is. It was never really an idea that I had I that the podcast started off is just fucking around with my friends and having fun and talking. And then when it became popular, other people wanted to come on. And I was like, oh, it’d be cool to talk to that person. Oh, he’s interesting, oh, she’s got a cool book out. And then boom, it’s become what it is today, which is like some outer control juggernaut that I barely have control of. So my pledge to you is that I will do my best to try to balance out these more controversial viewpoints with other people’s perspectives. So we can maybe find a better point of view, I don’t want to just show the the contrary opinion to what the narrative is, I want to show all kinds of opinions, so that we can all figure out what’s going on and not just about COVID, about everything about health, about fitness, wellness, the state of the world itself.

It’s a strange responsibility to have this many viewers and listeners, it’s very strange, and it’s nothing that I prepare for. And it’s nothing that I ever anticipated. I am going to do my best in the future to balance things out. I’m going to do my best. But my point of doing this is always just to create interesting conversations, and ones that I hope people enjoy. So if I piss you off, I’m sorry. And if you enjoy the podcast, thank you. Thank you very much. Thank you to Spotify. Thank you all the supporters and, and even thank you to the haters, because it’s good to have some haters. It makes you reassess what you’re doing and put things into perspective. And, and I think I think that’s good too. All right. Much love to you all. Thank you to everyone. And I’m gonna do my best

One interesting note about Rogan’s apology is that he’s clearly not permitted to post original content to youtube as a part of his deal with spotify. Rogan’s instagram presence pales in comparison to his youtube – so it’s particularly interesting to see him address controversy for the 3rd time on the multimedia social media app.