The undisputed WBC heavyweight boxing champion Tyson Fury was apparently denied his boarding pass for a second time last week. This is due to his connections and former business transactions with Daniel Kinahan, a wanted criminal.

But while the older Fury has established links with Kinehan – nobody really thought his younger brother Tommy would be affected by the travel ban.

According to an original report by Sunday World investigative journalist Nicola Tallant, Tyson Fury sought to book a flight from Liverpool to the United States eight days ago. However, he was unable to get permission to go to New York.

Stephen Breen is the crime editor for The Irish Sun. He claimed on Saturday afternoon that Fury had once again been refused boarding on a flight from Manchester to the United States.

And now the news is coming out that Tommy Fury has also being denied his visa. 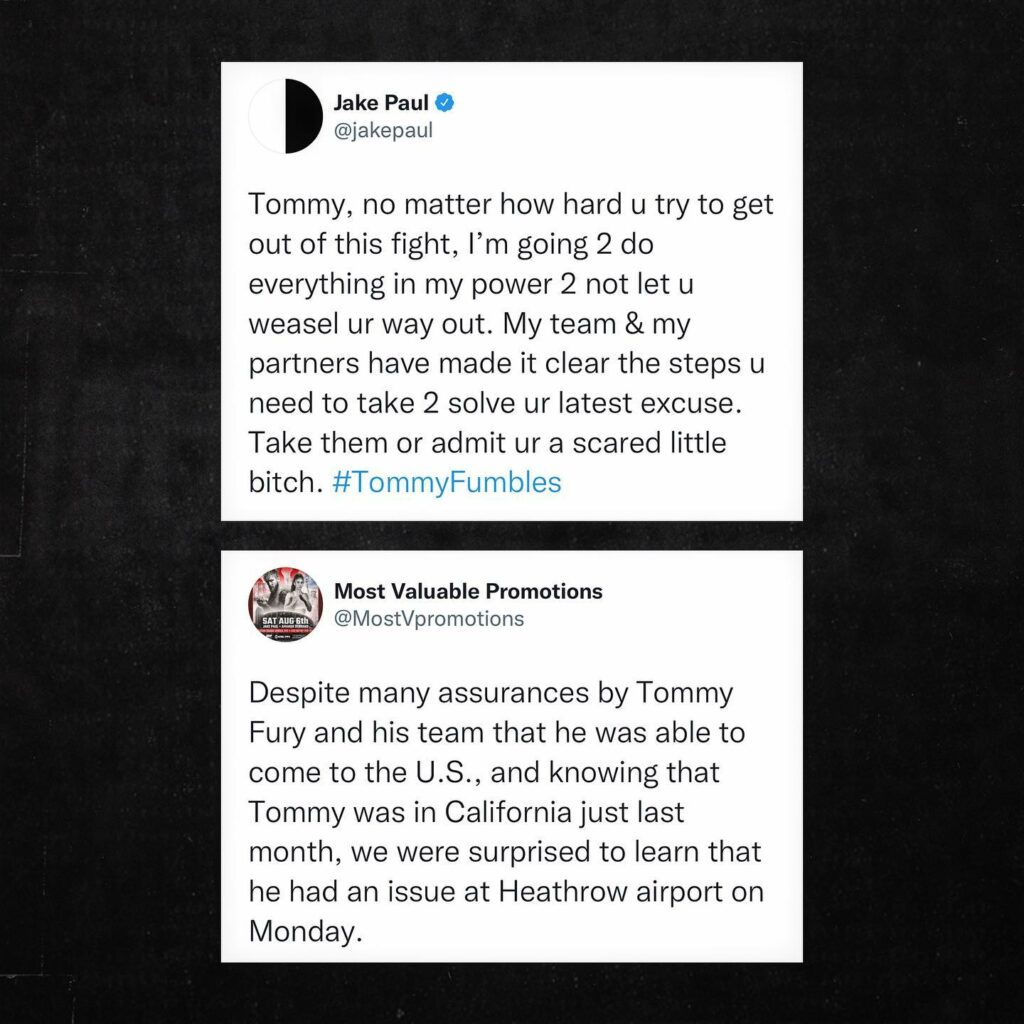 “As soon as I entered the airport, I was pulled to one side and told by a Homeland Security officer that my ESTA had been denied and that I wasn’t able to travel to the USA for a reason I apparently know,” Tommy said in a video.

“I’ve been training for a fight this whole time and that’s all I’ve been doing,” Tommy said. “I have no clue why I’m not allowed to travel and neither does my team or my lawyers.”

“Now I’ve got to go to the embassy trying to resolve it and I’m in the middle of training. I don’t know why this has happened a huge shock to me and my team.”

What’s interesting — Tommy was able to travel to California last month without issue … something Paul pointed out.

Last week, Tyson and Tommy’s father John Fury, acknowledged that they were both facing trouble traveling to the United States for the August bout between Jake Paul and Tommy Fury.

He said: “You (Jake Paul) can have it on the sixth of August but it’s got to be not in America because all of us (sic), I’ll be honest with you, are suspended and banned for life, I can’t get to you at all, Tyson can’t get to you because he’s a got a few issues at the moment so Tommy’s got no team.”