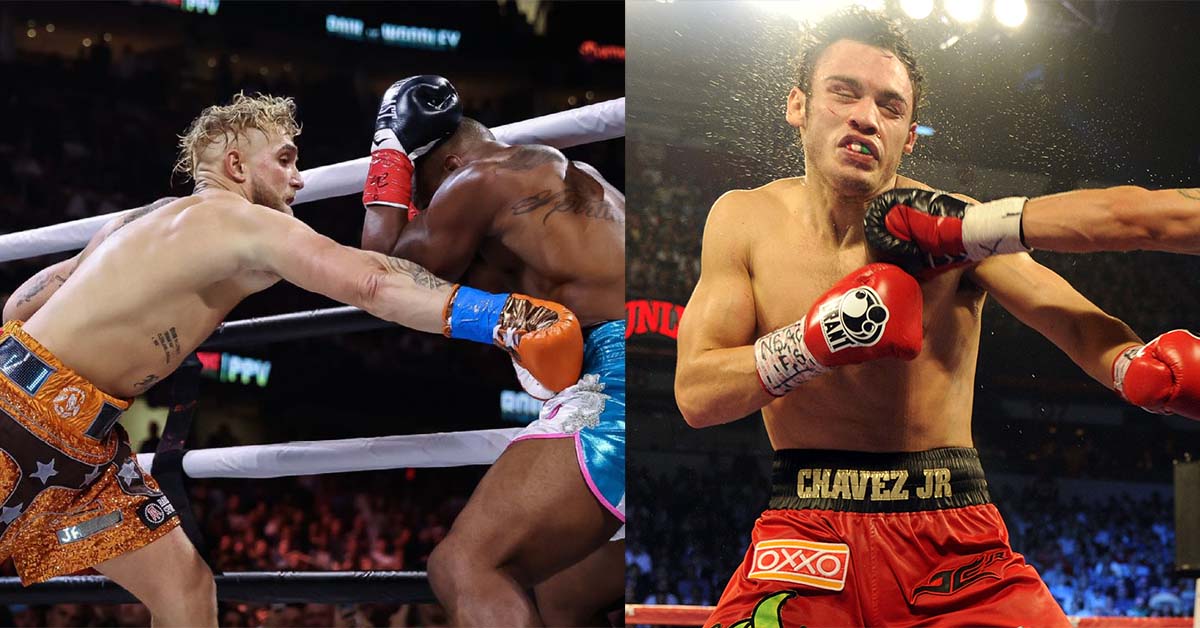 Jake Paul was meant to test his boxing skills against Tyson Fury’s younger brother Tommy. That is, untill, Tommy fumbled and revealed he was unable to train with a cracked rib and a chest infection. Fury was quickly replaced by Woodley and the rest is history.

However after the fight Paul called out Masvidal and Diaz – likely because both were in attendance. But in spite of these bombastic call outs Paul is likely aware that neither of them can get out of their UFC contracts. Any time soon. So naturally he’s found another progeny of a talented boxer on a less than savory trajectory in Julio Cesar Chavez Jr.

But unlike Paul’s previous victims – Chavez Jr knows his worth. Chavez was reportedly offered 3 million plus PPV. Chavez Jr countered that in order to accept the fight – he would have to earn 50%.

Unlike most of the UFC roster – Chavez Jr had made at least 10 million dollars over the course of his boxing career. By comparison Woodley had earned just under 5 million – and same goes for Masvidal.

Julio Cesar Chavez Jr has confirmed he is now in negotiations with Jake Paul: “They offered me one to three million dollars, plus PPV. I have a name, I’m a former world champion, so I made it clear that it has to be a 50/50 split for me to take the fight.” [@FightNews]

Chavez Jr also admitted to struggling a lot with coke addiction. He admitted himself that he had done a tremendous amount of the illegal substance in the lead of to Oscar De La Hoya fight. And recently this wild clip surfaced online. It appears to depict Chavez Jr ingesting nasally a white powder.