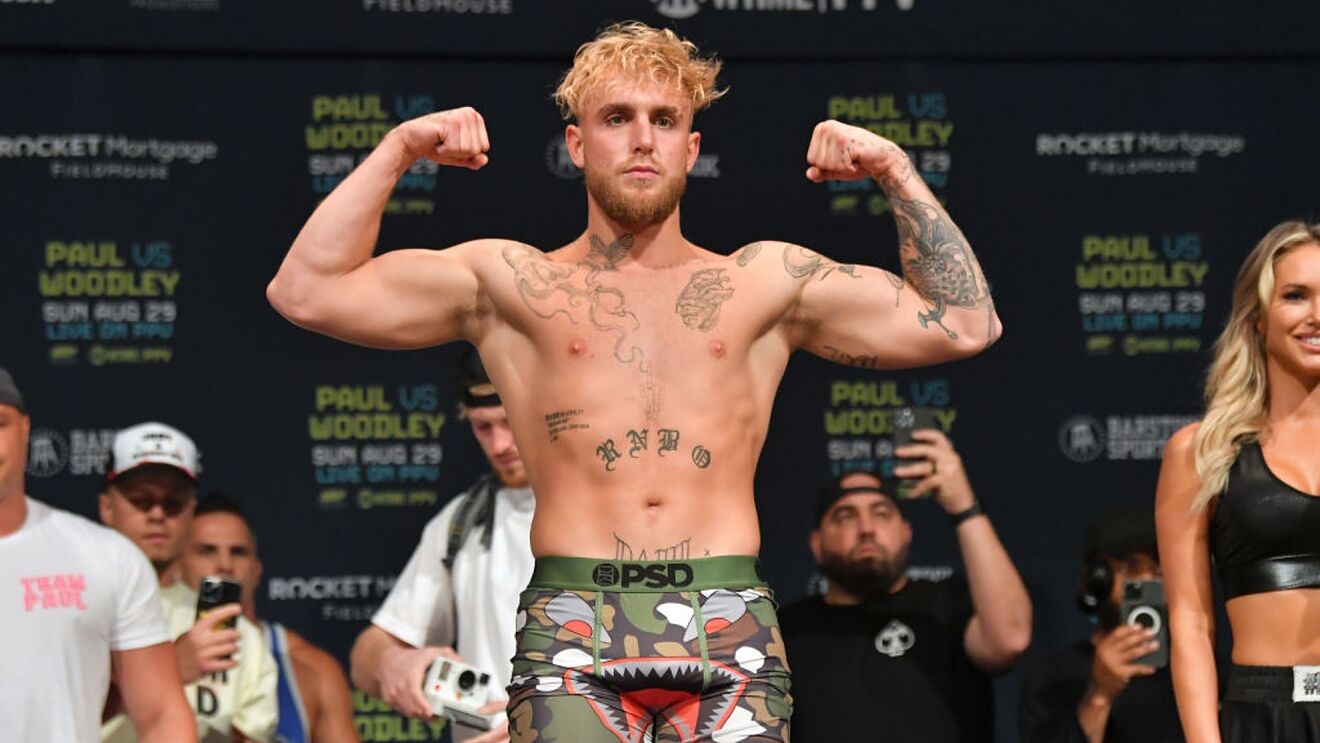 The celebrity Youtuber turned boxer, Jake Paul has been rebranding himself ever since he made his professional boxing debut in 2019. Recently, he boasted of his popularity by showing off the list of this year’s Top-10 most-searched athletes.

‘The Problem Child’ took to his Instagram account – where he shared a reel and added the following caption:

“Out of every search on the internet we made it into the top 10 most searched athletes of 2021. You underestimated greatly.”

A lot of people question if Jake Paul is even good at boxing. After all –  he’s never even fought a professional boxer. Just MMA fighters and other celebritites. And with the Tommy Fury pull out – looks like we won’t find out any time soon.

However, the 24-year-old always knows how to be the center of attention. Not to mention that the guy was already popular before transitioning to professional boxing.

For those unfamiliar with the Paul lore – he became popular in 2014 through video platforms Youtube and Vine and was subsequently hired by the Disney Channel to play a a character in the series called ‘Bizaardvark’. In the mean time, he attempted to transition to a music career but that endeavor has been far less successful.

When it comes to boxing, Jake Paul won all 4 of his professional bouts but none without some controversy attached. Jake defeated the UFC veteran Ben Askren in the first round following some strange refereeing. This was a boxing match facilitated by troubled streaming company Triller – and as such it’s not inconceivable that the result was messed with.

However – once Paul moved on to Showtime boxing the controversy still followed him around. In his next showing, against former UFC champion Tyron Woodley many believed that Woodley was forbidden to finish Paul through some sort of a contract shenanigan. This is a rumor Conor McGregor coach Dillon Danis disseminated during his own media appearances.

For Woodley, the fight against Paul was one of the biggest paydays of his career – and as such he did everything in his power to get a rematch once the unfavorable result was announced.  As luck would have it, Woodley received the invite after Tommy Fury, brother of WBC champion Tyson Fury backed out over a rib injury.

And here’s where things get interesting – in an attempt to view the entire list we did our very own investigative reporting – only to find out that Paul – is in fact not on the list. 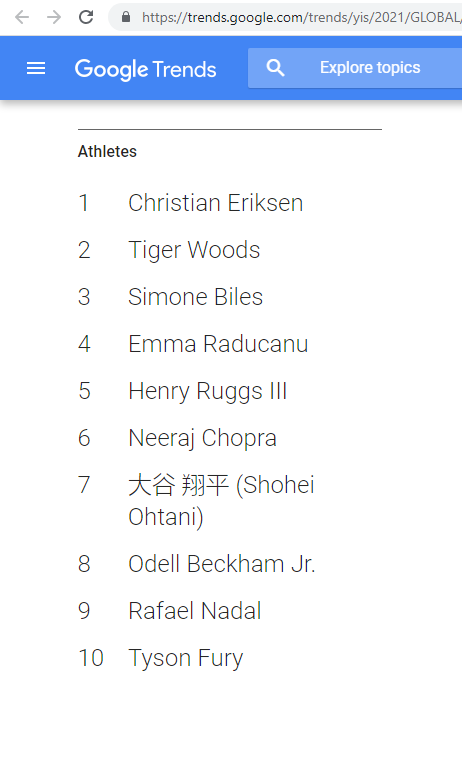 The Top-10 most-searched athletes in the World for 2021 are:

However he is there on the list of  trends for the US: