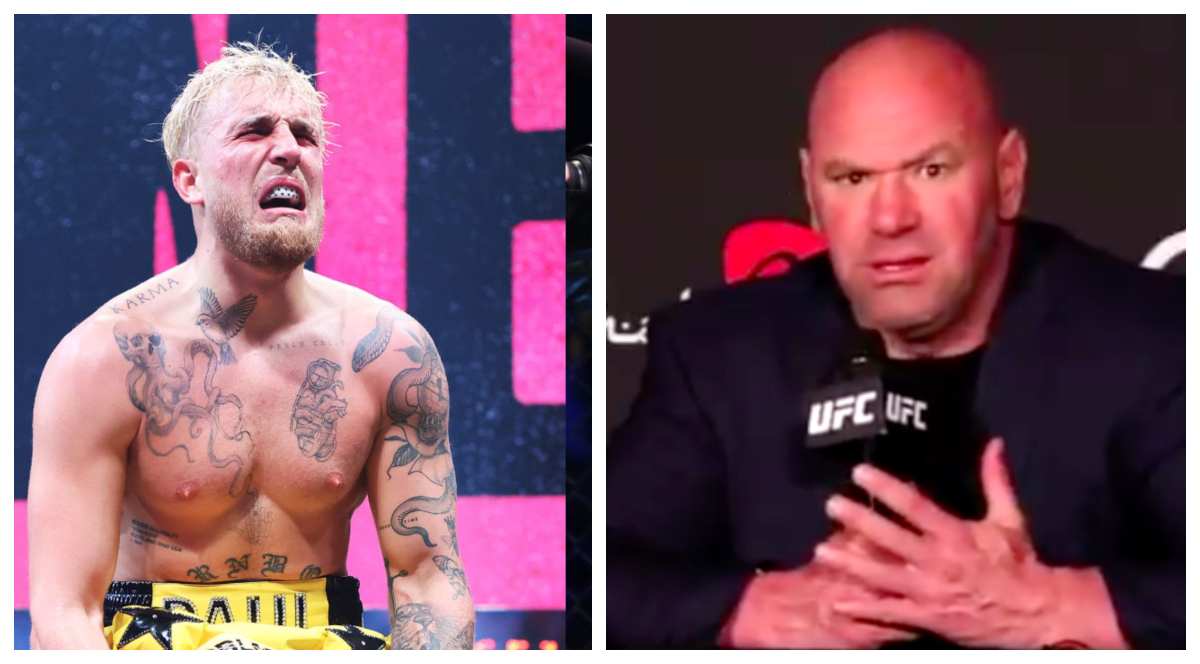 Dana White may have bitten off more than he can chew when he confronted the young youtube phenom turned boxer. On Paul’s side – besides his bafoonishness is a keen marketing mind. A mind that knows White will never agree to any of his conditions let alone implement them before April. As a reminder Paul requested:

“Jake, you never responded to the challenge,” White said in the video. “You publicly stated that I use cocaine. I do not.”

Now Paul is doubling down and directly addressing these claims:
“Dana I accepted every part of your challenge. I said I’d fight Masvidal in MMA. Steroid test me whenever the f**k you want, it is two weeks after my fight and I’m a fat bit*h. I don’t do steroids and I take it as a compliment because there’s no other excuse for me knocking out all of your champions than ‘this kid does steroids’… If you steroid test me then I want to steroid test everyone of your fighters… and you say Masvidal is a pay-per-view superstar, let’s go to his last Instagram post, five thousand likes or ten thousand likes or some sh*t. Do you realize that my mom, Pam, gets more likes than your pay-per-view superstars?”