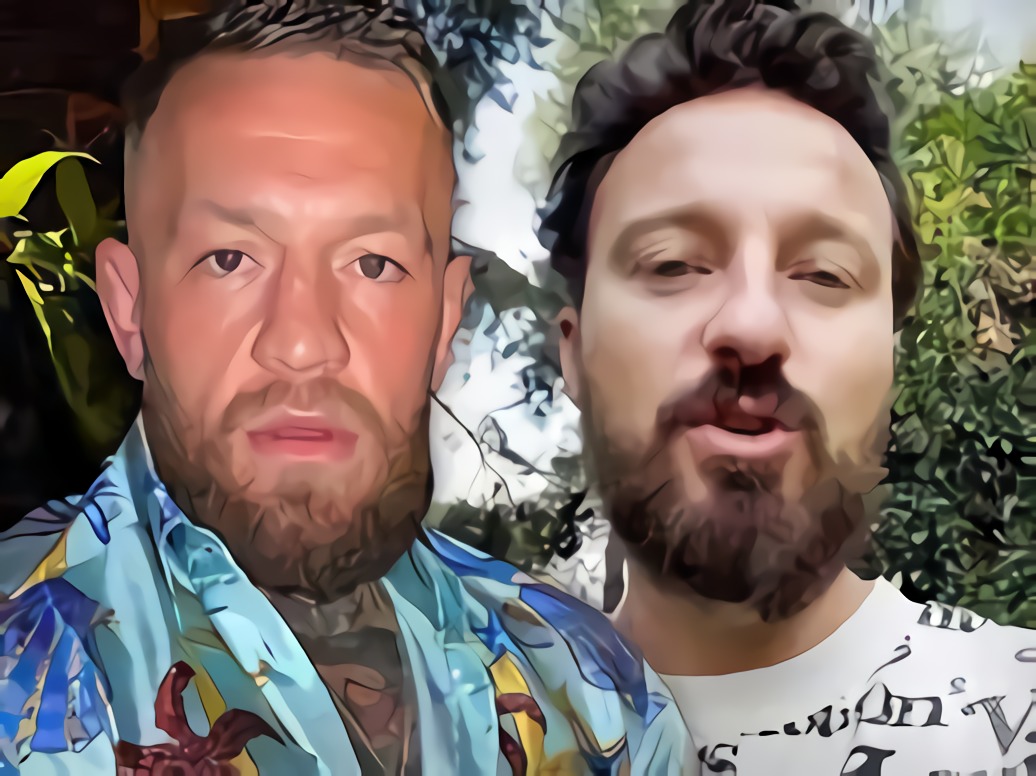 Conor McGregor is definitely on a downward spiral. However what many didn’t anticipate is that he’ll keep on fighting civilians at his whim. The onetime two division UFC champion has fallen from grace of the spectators and is undoing all the work he tried to do before the 2nd Dustin Poirier fight when he attempted to rehab his image and even brought in “I’m not your guru” guru Tony Robbins.

Now the Italian DJ who is accusing McGregor of assault – and having allegedly suffered broken nose and split lip is saying that McGregor doesn’t hit all that bad after all.

Italian DJ Francesco Facchinetti just gave an interview to Sherdog in which he claimed that the Irish mixed martial artist and sports star -doesn’t really hit that hard.
Francesco Facchinetti would have us believe he’s no longer a singer/DJ that his role nowadays is more of a manager. According to Facchinetti himself he actually works with UFC Middleweight Marvin Vettori.

” We were around him, he was in the center,you know. It was me, my wife, Ben, Isabella in that time. I don’t know what’s happening inside his brain. Seriously, I don’t know you know. It’s like turned off. The switch. I’m working also 20 years in the discotheque, in the club, because I had a lot of club in Milan and I – I saw that, a lot of time, you know, in the night can happen everything. Okay? And his brain turned out and he punched me. But I was 30 centimeters(away)… ”

“The punch wasn’t heavy, you know, he punched me with the with the right punch.
I’m lacking on the the left one, okay?”

Facchinetti didn’t come really do himself any favors by the interview – in fact several commenters on the video realized what had happened to turn the so called switch “off” in McGregor’s head.

In addition to this claim the Italian personality also claimed that the video of altercation would end Conor’s career.

“Where are the videos? I think, if that video is going out, sorry for Mr. McGregor but this is the last time he can punch in normal life and inside the octagon because I’m waiting that type of video. When I went out I say to my wife and my friends I don’t want to do nothing you know. He can kill me okay? Because his punch is like a Kalashnikov, he can kill me okay? I am alive, I’m lucky, I wan’t to go back. My friend Ben said to me, ‘if you don’t do nothing you are f***ing stupid because you saw what happened. The bodyguards are not for defend[ing] McGregor against the people, they are defend[ing] the people from Mr. McGregor.’ He told me ‘you need to go to the police first because the next time he punch another guy and that guy die or go to the hospital or something bad happens, it’s also your fault…”