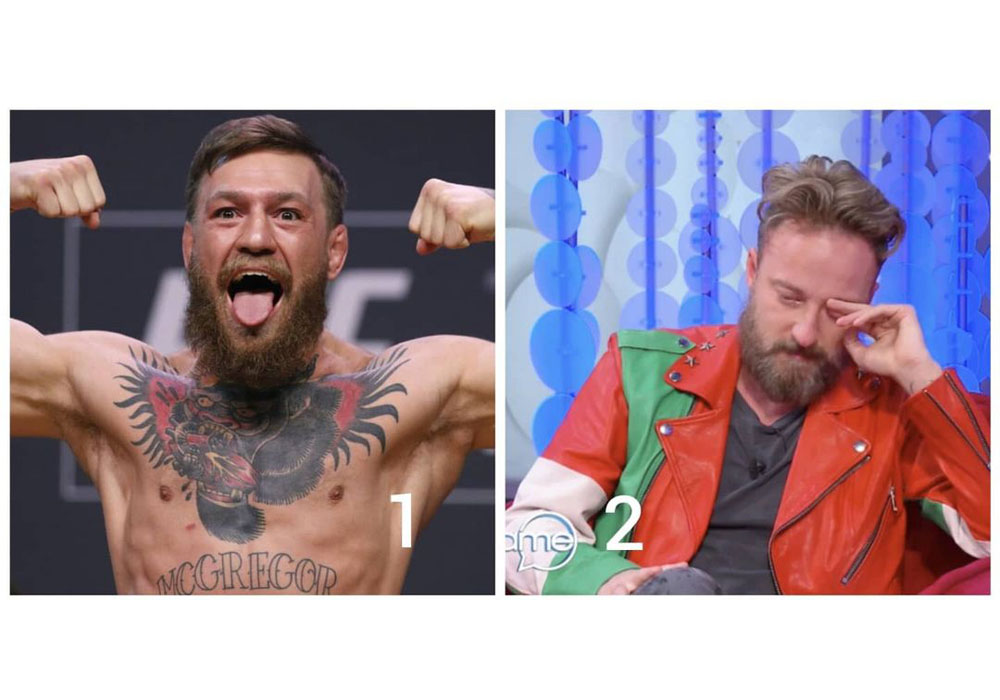 Conor McGregor will test out the luck of the Irish once again in court.  According to CNN, the Carabinieri Police in Mariano Comasco confirmed that Facchinetti and his attorney pressed charges against the superstar on Tuesday.

Facchinetti posted an image of the crime report about the incident on his Instagram feed.

Facchinetti claims he suffered a concussion as a result of the assault – a claim that greatly varies from his initial report of broken nose and split lip. In the clip below you can see the split lip as showcased by the media personality.

Where things get interesting is – Facchinetti actually went on to give an english speaking interview to sherdog. In the interview Facchinetti sports a neck brace – all while talking about how McGregor’s punching power isn’t much due to the height discrepancy between the Italian and the Irish Sports star.

In addition to this claim the Italian personality also claimed that the video of altercation would end Conor’s career.

“Where are the videos? I think, if that video is going out, sorry for Mr. McGregor but this is the last time he can punch in normal life and inside the octagon because I’m waiting that type of video. When I went out I say to my wife and my friends I don’t want to do nothing you know. He can kill me okay? Because his punch is like a Kalashnikov, he can kill me okay? I am alive, I’m lucky, I wan’t to go back. My friend Ben said to me, ‘if you don’t do nothing you are f***ing stupid because you saw what happened. The bodyguards are not for defend[ing] McGregor against the people, they are defend[ing] the people from Mr. McGregor.’ He told me ‘you need to go to the police first because the next time he punch another guy and that guy die or go to the hospital or something bad happens, it’s also your fault…”

While nobody is disputing that McGregor has fallen from grace and that his temper is somewhat prickly it’s hard not to consider that Facchinetti sees this mostly as a networking opportunity for his managing company that is said to be involved with Marvin Vettori and other personalities from the MMA scene.