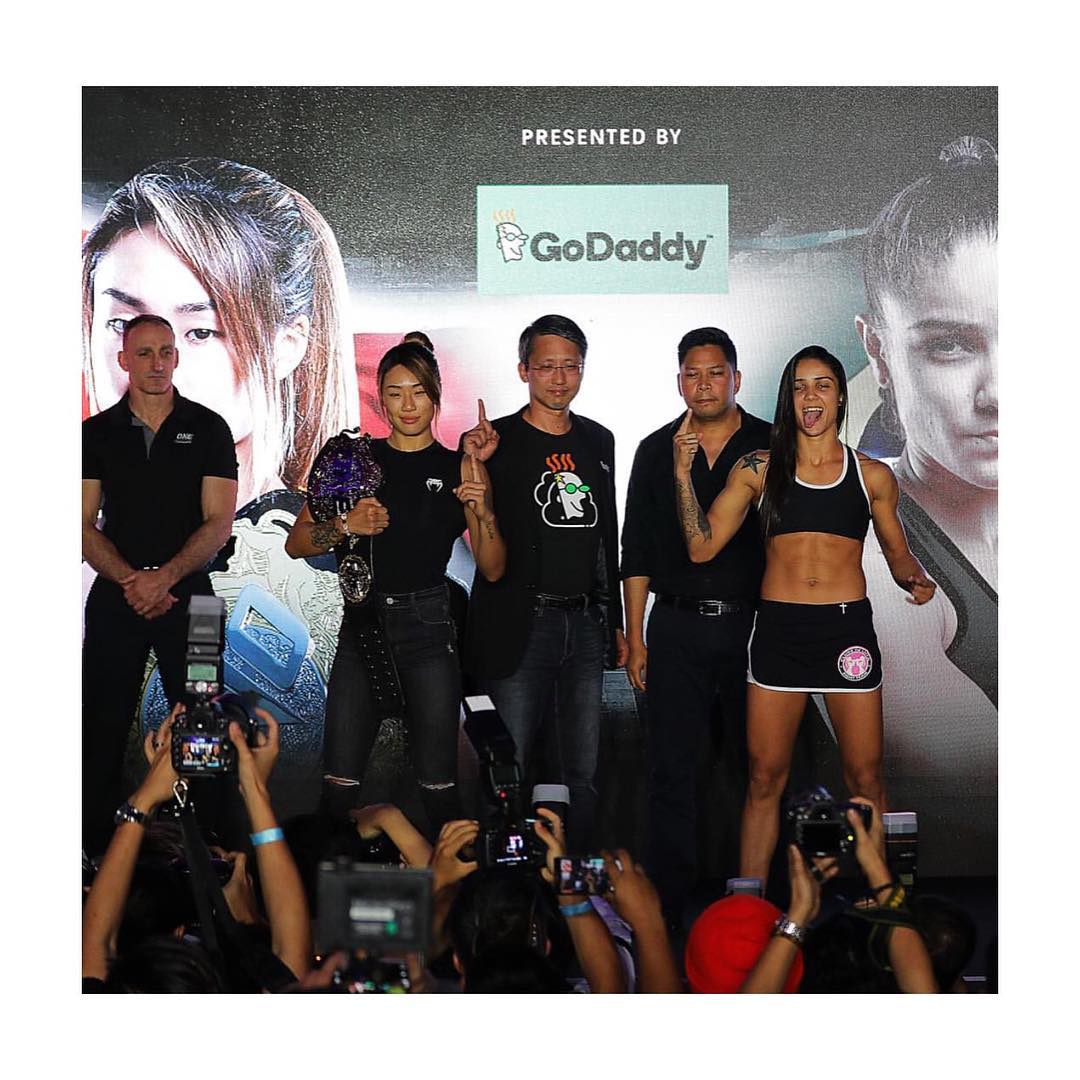 Istela Nunes is finally making her way to the UFC after serving out a two year USADA suspension. But what she has to say about her former place of employment is perhaps much more shocking. One time ONE FC title contender revealed that the promotion never publicized their champions weigh in fail – and they also failed to pay out the fine to her.

“They kind of screwed me in my title fight. [Lee] didn’t make weight, she was at 58kg (127.8lbs). That should have been 30 percent [fine] of her purse and they didn’t give it to me. They screwed me. That’s why I lost. I didn’t want to fight. I wasn’t obligated to fight but they forced me to fight anyway, even if they didn’t pay me the [fine].”

In fact not only did ONE nut publicize the failed weigh in – they also posted an article boasting Angela Lee for submitting Nunes with Pneumonia.

But this isn’t new for ONE. There are several reports that indicate Lee hasn’t been able to make 115lbs in the last 5 years.

Angela Lee also (“allegedly”) missed weight for her title defence against Mei Yamaguchi, which Chatri and ONE covered up so that Lee could keep her title.

No one has shown me any evidence that she’s actually made 115 in the past 5 years. I’ve had conversations with people where they acknowledged she weighed 120 and was allowed to cut weight on a treadmill shortly after Yang Jian Bing died and they changed the weight cutting process

Yes, that is how I feel as well. It’s long overdue, but at least some attention is finally being paid to this. She’ll probably still be allowed to miss weight, but maybe Chatri/ONE will be held accountable for allowing it. We’ll see.

ONE FC doesn’t televise weigh ins. For years the weigh ins were nothing but a press release, in fact only in the last few years did ONE start releasing proper results.

Another part of the puzzle regarding ONE FC weigh ins came from veteran John Wayne Parr who shared advice given by ONE FC staff regarding how to well weight cut:

Verified
Well my first hydration test was a complete disaster. I was hoping I could find a loop hole in the system for an advantage but it ended up costing me big time.
I woke up 77.2kg weigh-in day. I went down to the treadmill and got down to 76kg hoping I’d be able drink a litre of water to be hydrated.
But after losing 8kg in 4 days I was ridiculously dry & dehydrated and failed hydration test by a mile.
The One Championship staff suggested I drink 2litres of water to hydrate then go straight to treadmill to run it off.
I was now 77.8kg. So for the second time that day I put on my sweat clothes and ran on treadmill for an hour. When I went to check my weight again now 76.3kg & Easily under the 77kg limit. Problem was I still failed hydration test.
That was at 4pm. The staff said 2nd weigh in will be at 8pm.
The staff told me “You have already lost 20% of your prize money so weight no longer an issue. You need to drink plenty of water until you pass hydration test otherwise you’re not allowed to fight”.
Weigh-in started 1pm. After drinking 4 litres of water and 6 failed hydration tests. I didn’t pass hydration test until 11pm that night and now finally the fight was officially on.
I started the day 76kg but they don’t take offical weight until you pass hydration [email protected] after 4 litres of water came in at 80kg ??‍♂️!
Massive lesson learnt on my part. Because of my hip I couldn’t run and because I couldn’t run my weight didn’t move. I will rectify this problem for my next camp so this doesn’t happen again.
I want to apologise for my misjudgment to @onechampionship, Mr @yodchatri and of course to my opponent @niekyholzken and the embarrassment I bought upon myself for not doing my job correctly ??.

And while ONE FC refused to give a comment to MMA Fighting regarding Nunes’ accusations – it appears that Angela Lee’s publicity machine is alive and well. On a website rumored to feature “sponsored” posts by ONE FC Lee revealed her mental health struggle. And by that we mean she mentions having experienced sadness and negativity. Wonder what that’s about…

Lee’s last documented weigh in was in 2019 when she posted the following: 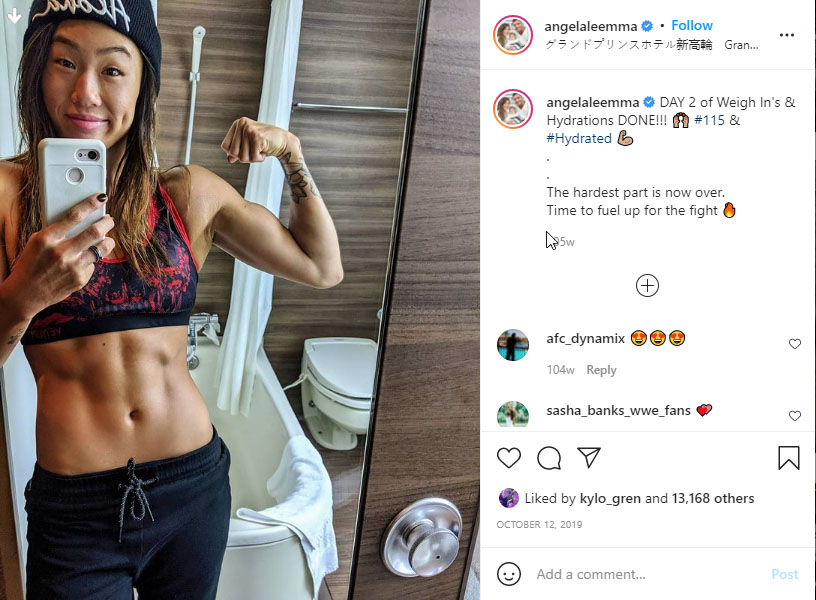 One day prior to that Lee shared:

It does not get any easier.
Today was pretty stressful but I can tell you guys that I passed Day 1 of Weigh In’s and Hydrations ✔️ 1 more day to go…
.
.
.
Getting down to Atomweight (115lbs) in ONE, fully hydrated, is not an easy thing for me.
It’s really a love/hate relationship I have with it.
I hate it, because this weight descent is a slow, grueling and painful process. I usually drop 20lbs and I know that not all of it is fat. Quite a bit of it is muscle (luckily, I managed to maintain more muscle than usual this camp ??). However, what I lack in strength, I gain in speed and stamina.
I have to put in, countless hours of conditioning and cardio to get this weight off, and the result is that my endurance is unquestionable.
1 more day to go until the hard part is over…
Then it’s time for the fun part