Velasquez is looking at 20 years to life if found convicted on charges related to shooting that happened this past Monday in San Jose.

Velasquez reportedly chased and shot at a vehicle containing an alleged molester Harry Goularte – Goularte is accused of having abused a 4 year old relative of Velasquez’ over 100 times. The man wounded during the incident is Goularte’s stepfather. He is not in immediate life danger. 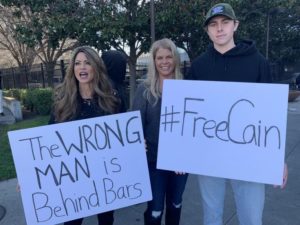 On a recent episode of the “The Joe Rogan Experience,”Rogan discussed the Cain Velasquez shooting with former middleweight UFC champion Michael Bisping.

“It’s beyond sick,” Bisping said. “That guy deserves everything what Cain did. Well, Cain actually got his father, didn’t he? Not the guy himself, sadly.”

“Let’s talk about Cain Velasquez. Free Cain, man. What he did, a lot of people wouldn’t have done the same thing, but I respect the s*** out of him. I mean, having your kid be molested, we talk about that all the time, that we would do [what Velasquez did]. But he was in that situation, and he actually did it. So free Cain, much respect and love, and I hope you get out soon.”

San Jose media believes Cain Velasquez defenders are in the wrong – considering Velasquez shot at a car containing more than one person. The general public seems divided on the issue. Meanwhile a larger investigation into Harry Goularte is happening. Goularte is suspected of having abused multiple children at a daycare his mother runs in San Jose.

“As of right now detectives are interviewing all the involved parties that attend the day care and we’re seeing if any of these children are potential victims,” said Russell Davis, spokesperson for the Santa Clara County Sheriff’s Office.

“Throughout this investigation detectives later determined there are over 20-plus juvenile participants who attend this daycare,” Davis added.

According to investigators, Goularte doesn’t work at the day care but was living in the home at the time of the alleged crime. This was reported by KTVZ.

California Department of Social Services has issued Goularte an “immediate exclusion order” requiring him to leave the premises, citing Goularte as a threat to the health and safety of those in the day care.

“We’re working with the state licensing agency and they’re doing their own joint investigation on their end, but the day care owner is collaborating and volunteering with the sheriff’s office,” Davis said.

Goularte was arrested on February 23rd. HIs bail was set at $50,000. On February 25th he was arraigned on a felony count of a lewd and lascivious act with a child under the age of 14. Over objections from the Santa Clara County District Attorney’s Office, a judge granted him supervised release and required him to wear an electronic monitoring bracelet.

Driving a truck, Velasquez allegedly started following the Silverado at around 3:00 p.m on February 28th. At around 3:25 p.m., Velasquez allegedly fired a .40 caliber gun at him seven times but hit Goularte’s stepfather twice instead then rammed the Silverado. He and his mother were unharmed while stepfather was taken to Regional Medical Center in San Jose with non-life-threatening injuries. These details were first published by conandaily.