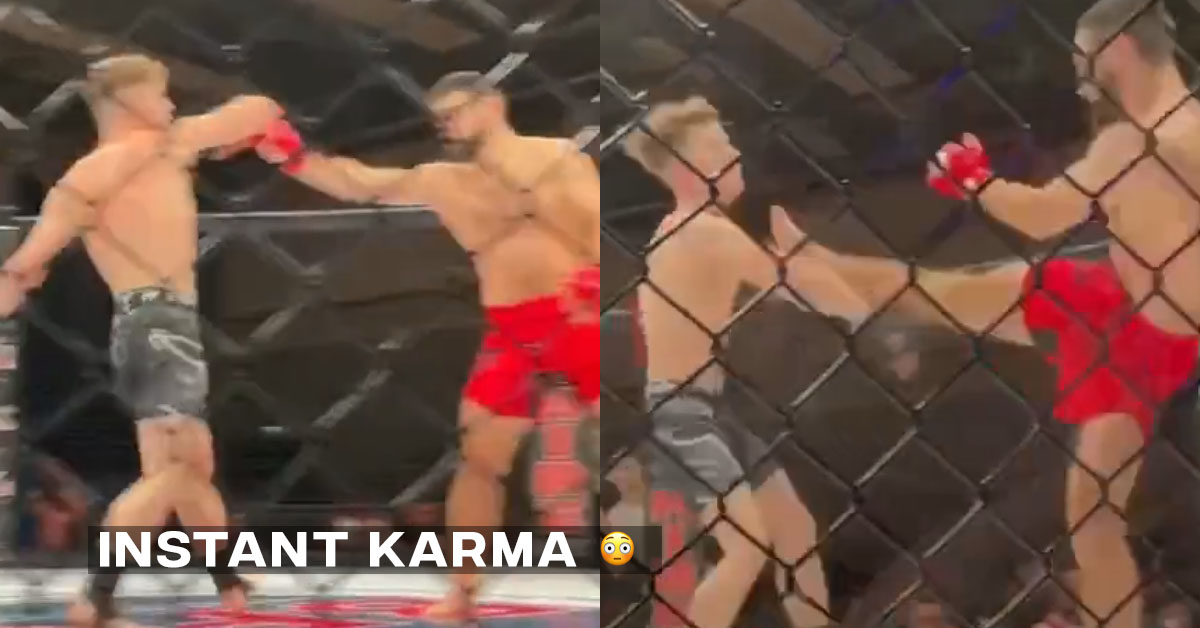 In many combat sports the beginning of a bout or even a round is usually characterized with a glove bump. The touching of gloves is meant to show sportsmanship and respect.

The touching of gloves is said to have originated in boxing – considering a handshake isn’t really an option when you have 10 ounce gloves strapped to your wrists.

There’s a special subgenre of people in martial arts who don’t respect the exchanging of courtesy – and ultimately pay the price for the cheap move they attempt.

This latest case is interesting in more ways than one – mostly because the show of sportsmanship in this case was traded for a barely there low kick. Of course the fighter ultimately paid the hefty price for this strategy. Take a look below:

The knock out blow was delivered by Umakhan Ibragimov against Sam Whiteley. This was part of the Caged Steel 26 card. Ibragimov is a member of Manchester Top Team and has performed on Caged Steel prior. His professional record is 2 wins and 1 loss. His unlucky opponent is 0-3 in MMA.