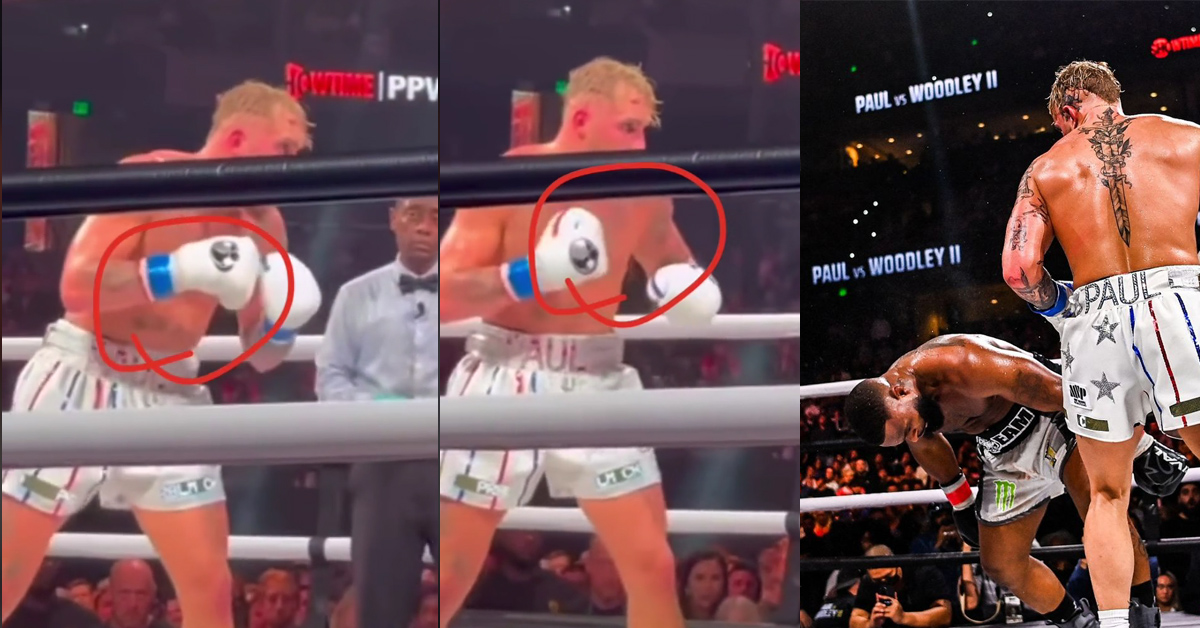 This is the latest round of this rumor being debunked. Previously UFC Heavyweight champion Francis Ngannou expressed his opinion on the topic.
For Ngannou – Jake Paul’s boxing was nothing special until he witnessed that fateful Woodley knock out.

“Honestly, I was impressed by Jake Paul. I didn’t see that coming. I was sure that Tyron Woodley was gonna win this fight,” Ngannou told TMZ Sports on Wednesday. “But you’ve got to give it to Jake Paul. He made a huge statement.”

“You better take him seriously, because he proved it,” says Ngannou.

Former Middleweight champion Michael Bisping also weighed in on the topic when a mysterious account popped up on tiktok and shared the following clip.

Former Middleweight Champion of the UFC Michael Bisping is ready to call it legit. On a new episode of Believe You Me podcast he refuted the conspiracies floating online:

“It’s ridiculous! Anytime somebody gets beat, knocked out, something like that, these conspiracy theories start going around. There’s no way Tyron Woodley’s gonna do that. Secondly, I’ve seen enough knockouts to know when one is real. That looked f*cking real. The fight wasn’t real. The fight was garbage, it was piss poor, it was sh*t, it was nonexistent. The best thing that happened to Jake Paul was him actually landing – it was just a solid shot. The kid can bang, simple as that. He’s a big, strong, young kid. Boom. That’s not a fix!”

“That whole theory, it makes me laugh because being in his camp, I know how serious it was. It was serious like Tyron really wanted this win back. He really wanted this fight. It was a serious thing. Now, if it was a dive, I wish they told me about it because I wouldn’t have showed up and took the night off. I’d be like partying but that wasn’t the case. I mean it was a real, legit fight.”

"Right when it [the knockout] happened, he didn't even know….he thought it was in between rounds."@DinThomas gives us a behind the scenes look into #PaulWoodley2 after cornering Tyron Woodley this past weekend @RJcliffordMMA pic.twitter.com/aAJU1QPpym