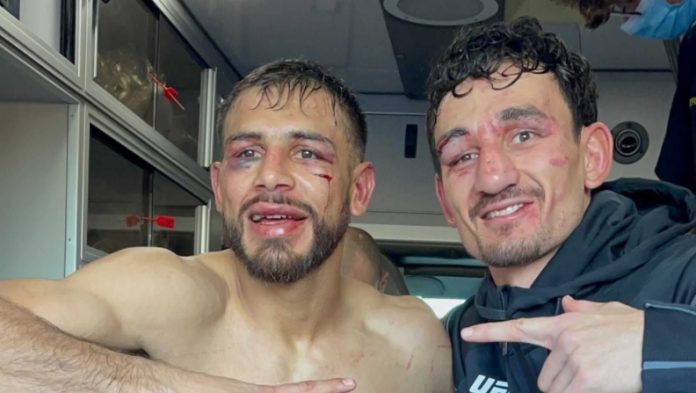 The main event in UFC Fight Night 197 or UFC Vegas 42 ended with Max Holloway as the victor. During the fight, Holloway also hit the record and became the first fighter in the UFC to land over 3,000 career strikes within the promotion.

Even before this fight, Max Holloway already passed Georges St-Pierre for most strikes landed in UFC history. GSP has a total of 2,591 strikes while Holloway had 2,805 strikes.

Both fighters fought pretty aggressively in the first round, with Holloway dominating the fight a little bit. In the second round, Holloway rained down many strikes to Rodriguez, meanwhile, Rodriguez is focusing on his low kick attack.

In the third round, Rodriguez fell and Holloway took the mount and landed heavy strikes until Rodriguez managed to get back to his feet, immediately blasting Holloway with heavy punches. The fourth is dominated by Holloway as he was able to takedown Rodriguez into a guillotine choke.

Until the fourth round, both fighters have scored hundreds of strikes. The fight continued until the fifth round and Max Holloway was announced as the winner.

Max Holloway (-750) vs. Yair Rodriguez has been an absolute battle ?

Leaving it all on the line ?

Yair Rodriguez’s foot was a mangled mess after his fight with Max Holloway. ??

Max Holloway is currently number 1 in the UFC featherweight division. He has joined the UFC for 10 years. He has a total score consisting of 23 wins and 6 losses in all of his professional career.