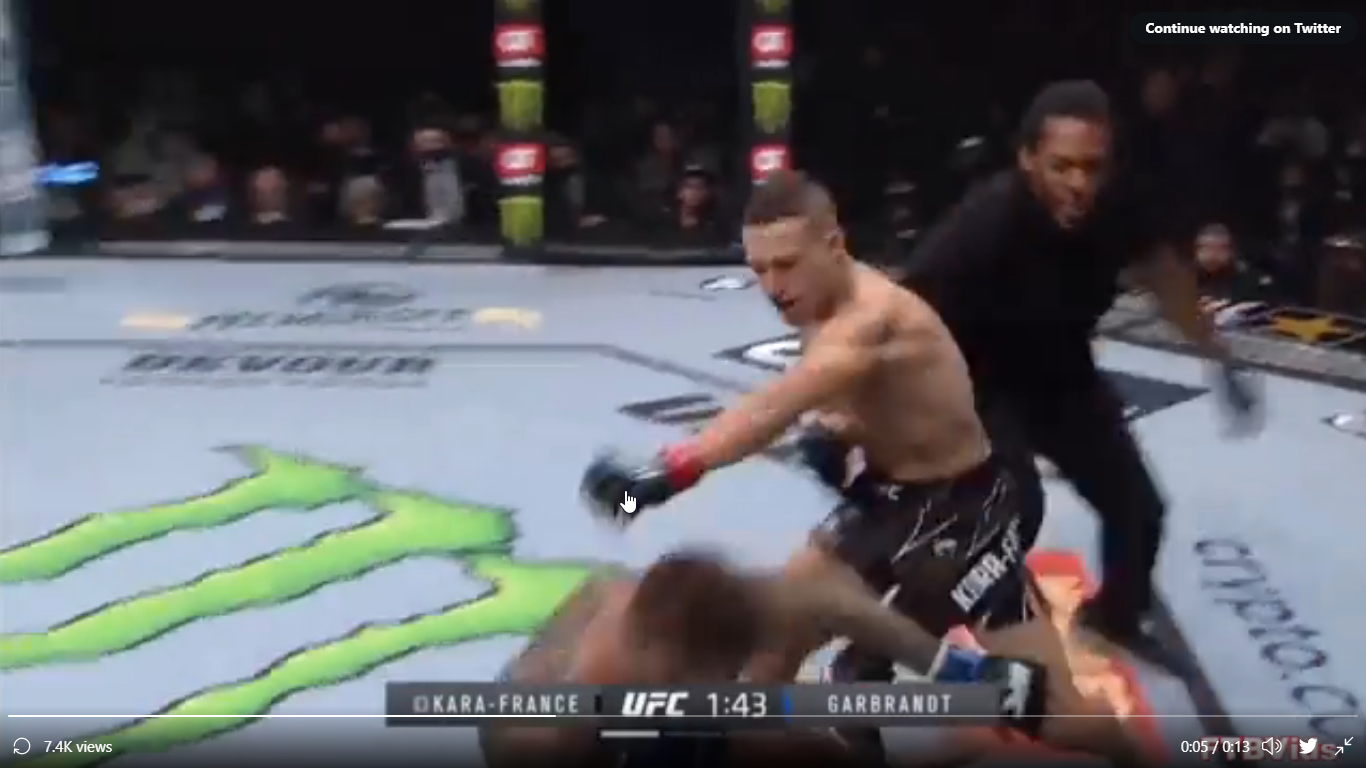 It was a lightning fast 125 lbs debut for former champion Cody Garbrandt. Kai Kara France was quick to tag Garbrandt several times. At first Garbrandt recovered and even delivered a double leg counter. However he was unable to hold the position.

Kara France followed up with another measured combo – tagging the maimed Garbrandt and ultimately finishing him with a technical knock out.

Sleeps Garbrandt in the 1st Round!#UFC269pic.twitter.com/nMhK30vYfu