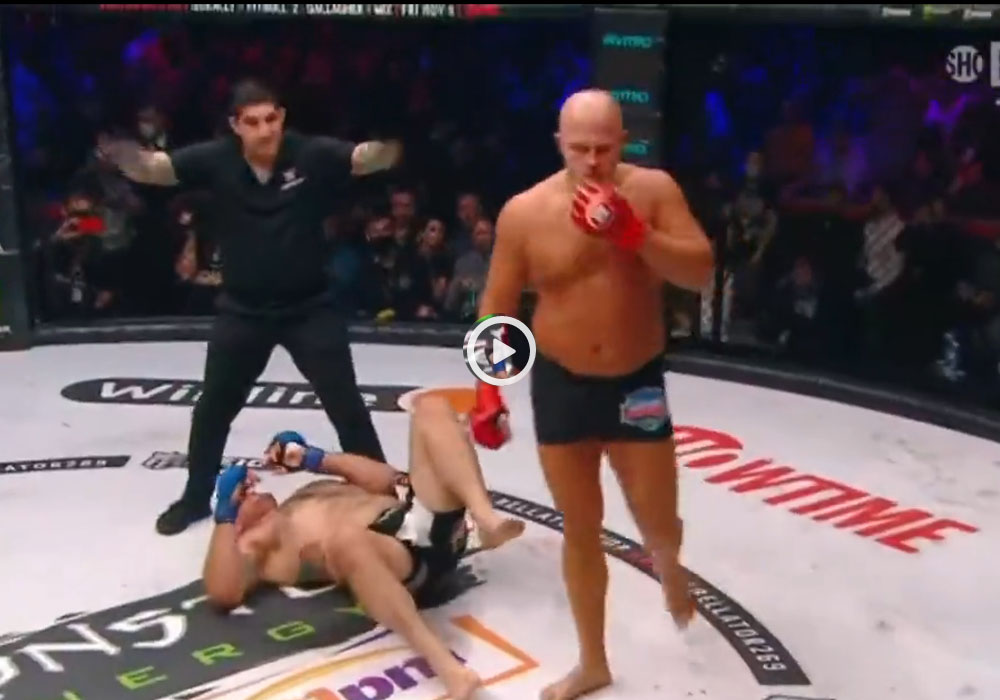 Fedor Emelianenko returned to the cage after almost two years. Emelianenko was battling former UFC Heavyweight Tim Johnson at Bellator’s just concluded 269 event. At age 45 Fedor is still as ferocious as he’s ever been. The Last Emperor was ecstatic to be fighting in Moscow, Russia – for this outing he handpicked an opponent. Tim Johnson is staggering 9 years his junior – and had weighed in 30lbs heavier than Fedor.

“I’m really happy everything worked out the same way we were thinking (it would),” Emelianenko told MMA Junkie through an interpreter at a virtual post-fight news conference. “I’m very happy for the fact we made happy the audience, and we delivered really such great joy to our fans, to those who follow our career and Bellator events.”

“That was really special,” Coker said at the event’s post-fight virtual media scrum. “I’ve been in the fight game a long time and for him to really deliver in his hometown in front of all of his fans, it was really fun to watch. It was a real special night and like I said, being a promoter for so long there’s a few times that just capture that moment in time and really this was that night.

“I was like, wow, at 45 he can still bring it. He threw combinations at Tim that I haven’t seen for a little while, honestly. I think the pressure of him being at home really helped him. When I saw him yesterday he seemed so focused and I think a lot of it was riding on the line for him. He’s here and he’s proud to be here, all his people here, it was just an amazing night. Wow. Unbelievable.”