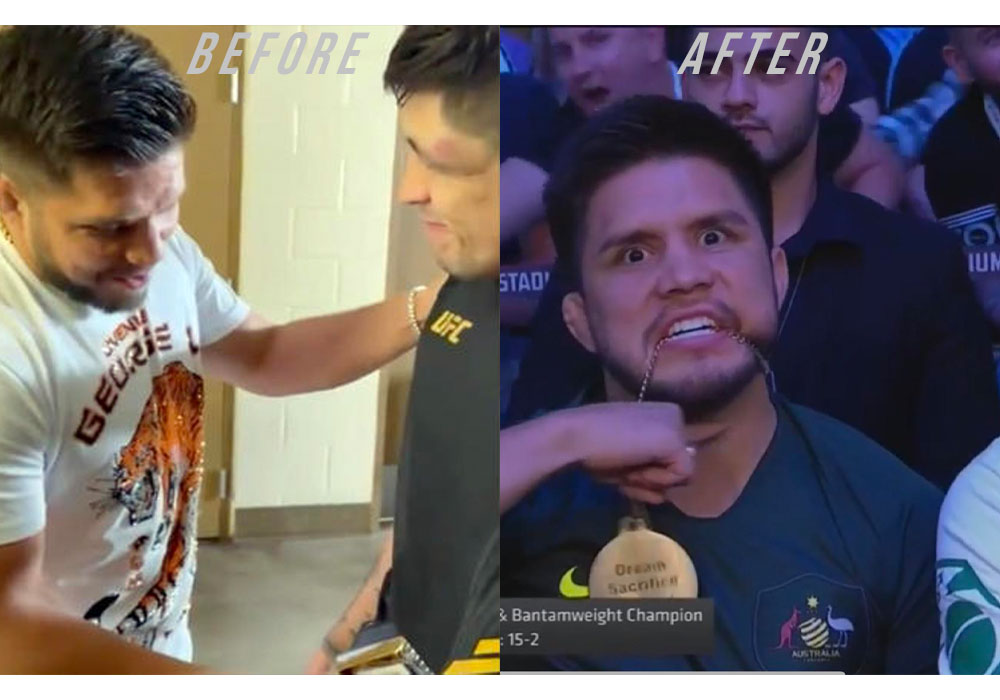 Henry Cejudo seems to be eager to unretire. The former Two Division UFC champion is 34 years old – he’s been retired for slightly over a year. While the cringe king, tripple C would kill for a comeback against Alex Volkanovski the UFC brass is not so happy.

“Dana White, if you’re listening, this is a real message. Forget the cringe, forget the persona, this is straight-up me,” Cejudo told TMZ Sports. “I am the greatest combat athlete of all time, and I promise you, give me that opportunity, I will knock [Volkanovski] out in less than three rounds.”

“Listen, he retired,” White said during the Contender Series press conference last night. “You’ve been off all this time and now you want to come back and fight Volkanovski and jump the line and jump over Max and all these other guys that have been there? It’s a tough conversation.”

At the majority of his career Cejudo wasn’t very marketable – and to boot he retired with the belt. Something UFC takes great offence to, just ask Georges St Pierre and Conor McGregor.

But Cejudo shrugged off White’s latest batch of comments on his comeback and instead turned on an old friend. According to Cejudo himself, Brendon Moreno was his main training partner when he was preparing for Demetrius Johnson fight. The two even shared a moment after Moreno captured defended the title earlier this year.