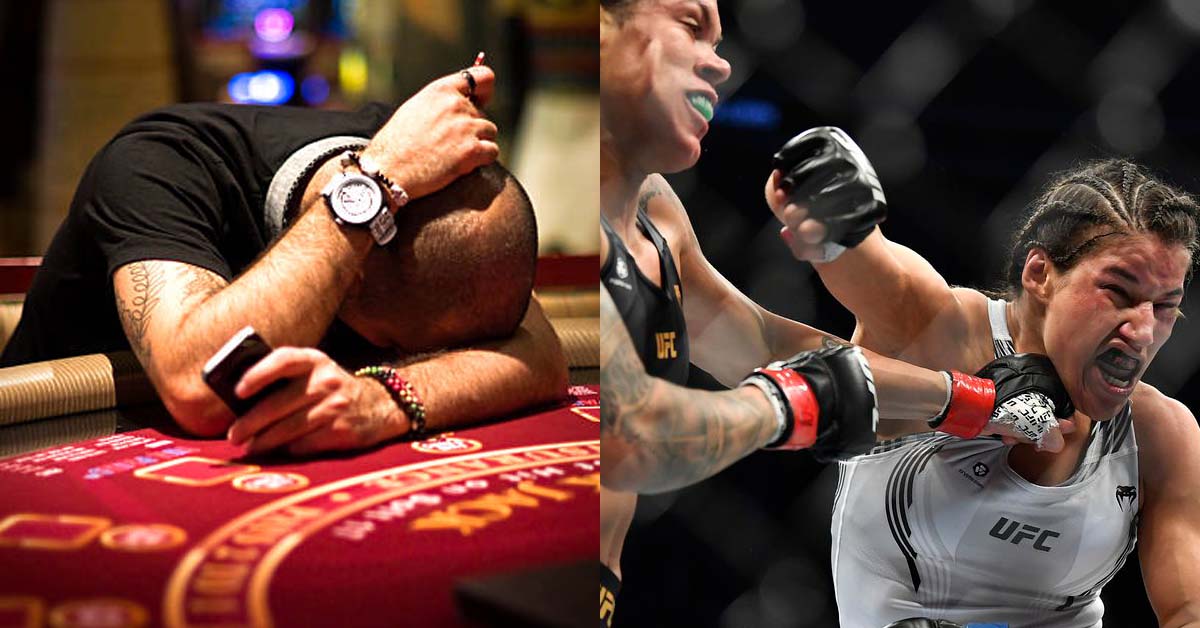 Amanda Nunes entered the octagon to fight Julianna Pena at UFC 269 as the favorite fighter with betting odds of -1000 and Pena with +650. The odds peaked at -1600. Nobody doubted the UFC Queen as she was on a 12 fight winning streak and defended the UFC women’s bantamweight title 9 times prior to UFC 269. However, her reign is now over.

DraftKings Sportsbook revealed that someone bet $318K on Amanda Nunes. Unfortunately, the fight didn’t go his way and this person – rumored to be a friend of Daniel Cormier’s, is now out of a significant chunk of change. 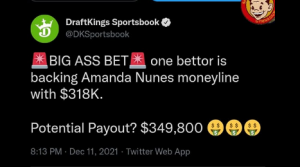 The other bet came from an unknown source and was reported on by MMA journalist Ariel Helwani on his Twitter account. Helwani revealed someone placed $135k on Dustin Poirier to win in the hope of winning $100k. Poirier was the favorite at -135 and Charles Oliveira was the underdog at +115. Oliveira submitted Poirier with a standing rear-naked choke in the third round and successfully defended his title.

Womens MMA is infamous with bets – with several bettors losing big on events that were estimated to be a shoe in. Back in 2015, title bout between Ronda Rousey and Holly Holm had Rousey as the favorite with -1400 and Holm with +830.

The same goes for Cris Cyborg vs Amanda Nunes at UFC 232 in 2018. Cyborg was a -230 favorite, and Nunes the underdog with +185. Nunes managed to knockout Cyborg in the opening round.