Gordon Ryan has been the thorn in the side of every Brazilian competitor in jiu jitsu. The American has been roasting every one who dares to stand in his path – and he follows the competition scene closely.

A Brazilian set promotion – BJJ Stars 8 got one of Ryan’s biggest rivals to appear as he preps to return to ADCC this September. In order to facilitate Pena’s return BJJ Stars agreed to stage a number of ADCC rules matches including his against Henrique Cardoso.

To make matters worse – Cardoso is a relatively unknown competitor who shouldn’t have presented much of an obstacle for ADCC gold medalist Felipe Pena and yet Pena barely edged out a victory via two penalties.

This performance didn’t sit right with Gordon Ryan who proceeded to tee off on Pena on his social media.

“So let’s get this straight – we waited 30 months for Pena to return to no gi after coming off 2 back to back no gi losses, including 1 sub loss, and we got this?” 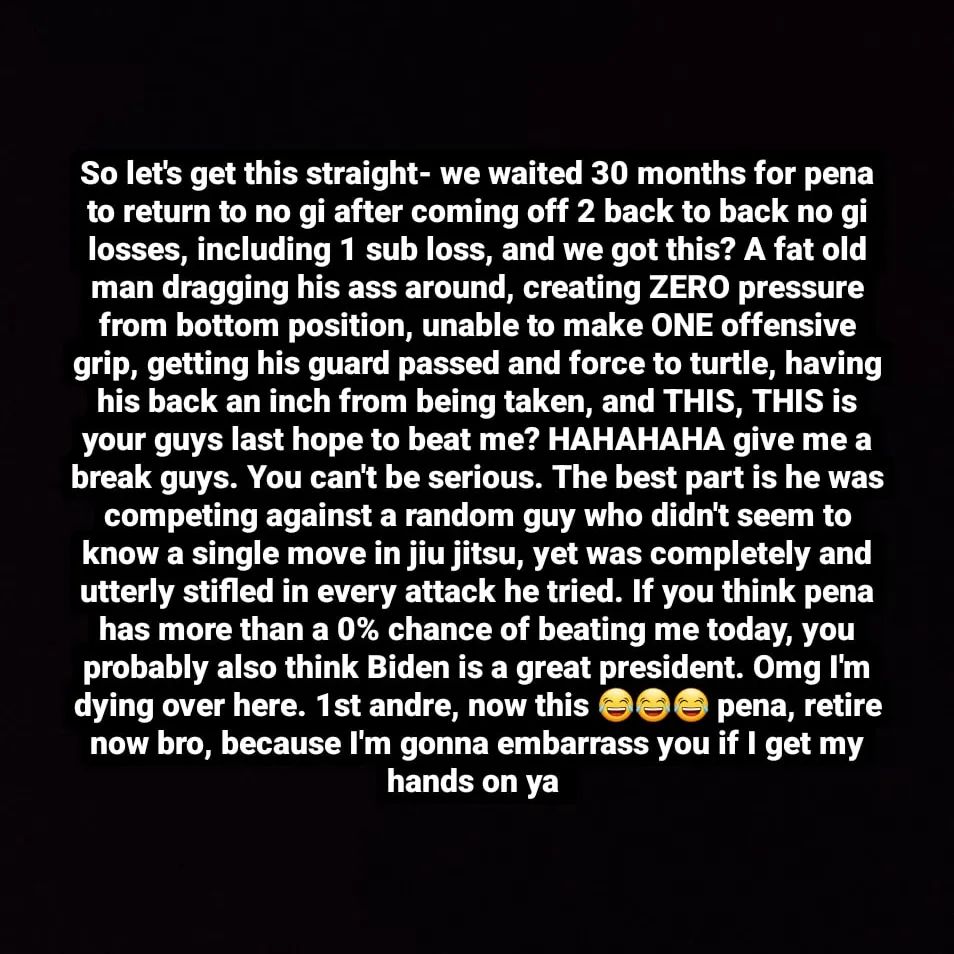 Ryan proceeded to insult Pena and point out flaws in his game. While Ryan’s skill is mostly proven – Pena is one of the only competitors who was able to defeat him – not once but twice. But Pena has also been reluctant to agree to rematch Ryan in the years since and the two last faced each other in 2017.

Since then Ryan also criticized Pena’s willingness to compete for free in IBJJF tournaments.