Russian invasion of Ukraine has had a global impact on the world including sports and combat sports in particular.

GLORY Kickboxing announced today that all Russian fighters under contract with GLORY have had their contracts terminated. GLORY is based in Singapore, and owned by Pierre Andurand.

GLORY is the world’s largest kickboxing organization. The official statement they released explains the decision to terminate owing to several impediments. This includes travel prohibitions and safety issues tied to Russian athletes during the previous few months.

The complete statement from GLORY is: 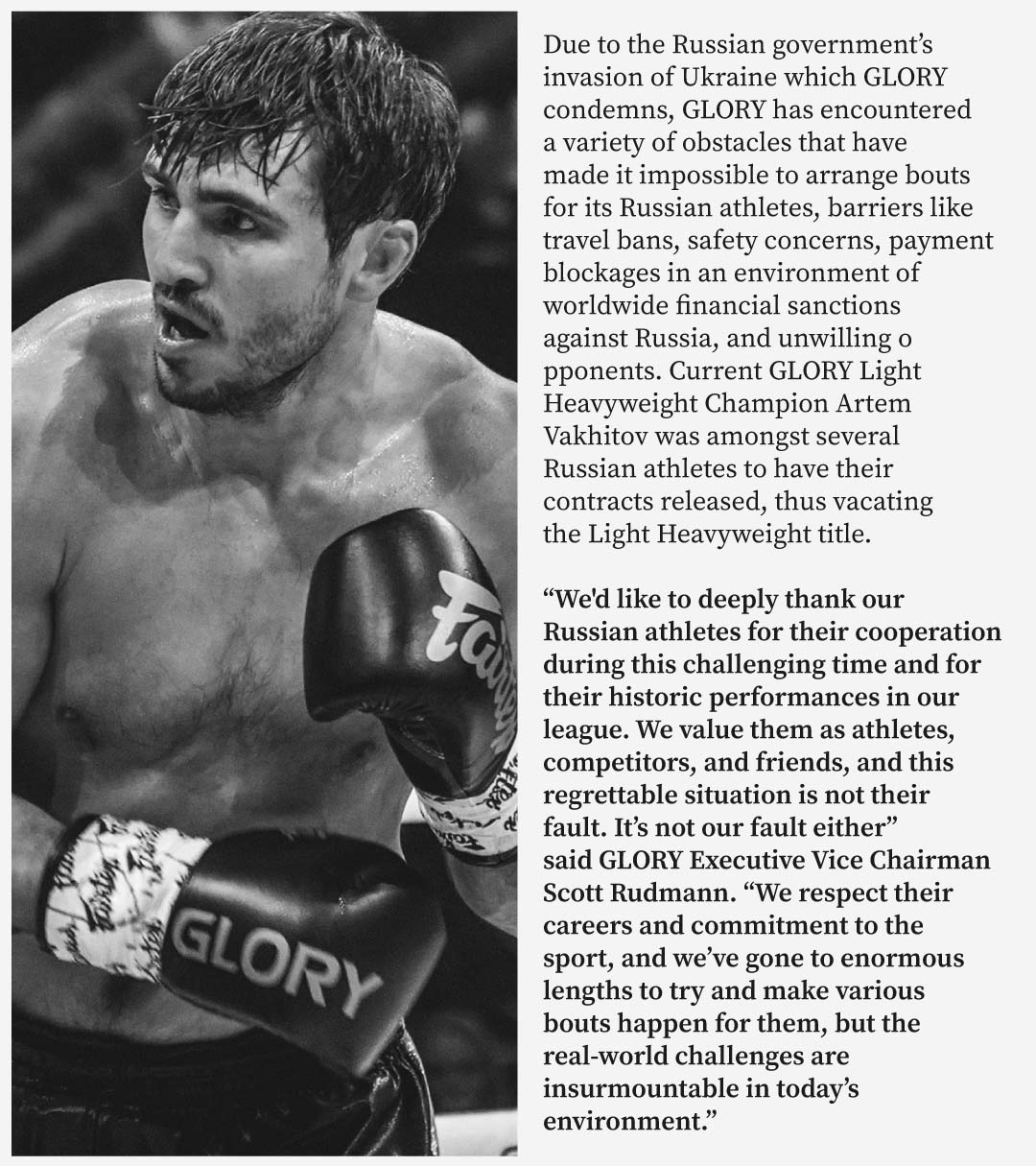 “We’d like to deeply thank our Russian athletes for their cooperation during this challenging time and for their historic performances in our league. We value them as athletes, competitors, and friends, and this regrettable situation is not their fault. It’s not our fault either,” said Scott Rudmann, GLORY Executive Vice Chairman.

“We respect their careers and commitment to the sport, and we’ve gone to enormous lengths to try and make various bouts happen for them, but the real-world challenges are insurmountable in today’s environment.”

“Hopefully this terrible war initiated by the Russian government will get resolved as quickly as possible, and Artem Vakhitov and other Russian fighters will be able to return to the GLORY ring where they will be welcomed,” the statement continued.

Artem Vakhitov, GLORY’s current light heavyweight champion, is the most notable of the company’s Russian fighters.

Vakhitov is unbeaten and has dominated his competition.Vakhitov has yet to reply or issue a statement on his dismissal from the promotion.

Luis Tavares and Sergej Maslobojev will now fight for the vacant Light Heavyweight championship at GLORY 81 on August 20 due to Vakhitov’s release. Maslobojev is a Lithuanian. The bout will serve as the card’s co-main event.