Jorge Masvidal is nothing if not strategic. His record after that career making moment against Ben Askren is shoddy at best. 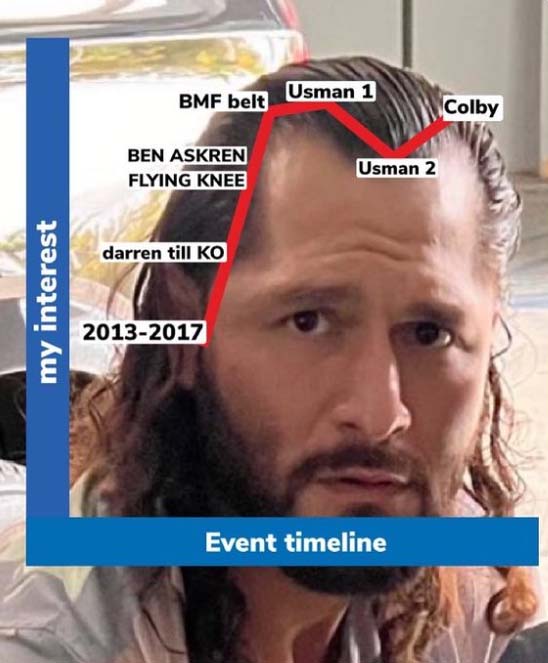 Gilbert Burns has been repeatedly offered a bout against Jorge Masvidal – with Masvidal declining time and time again.

It seemed like a collision was imminent. Masvidal even said that he would be prepared to go to Brazil in January to take on Burns.

“Just letting everyone know that @ufc offered me (Jorge Masvidal) 3x. First time was for Nov 12. He said he needs more time, second time for Dec 10 he said he was going to (Brazil) to fight me and now he just said no again! so I guess the B from his BMF belt doesn’t stand for bad.”

Just letting everyone know that @ufc offered me @GamebredFighter 3x First time was for Nov 12. He said he needs more time, second time for Dec 10 he said he was going to 🇧🇷 to fight me and now he just said no again! 🤷🏾‍♂️ so I guess the B from his BMF belt doesn’t stand for bad 🤦🏾‍♂️

It’s unclear who Burns will face now as he most likely won’t be competing against Masvidal at UFC 283. After Neil Magny’s most recent victory, he called Burns out and the Brazilian promised to challenge him if the Masvidal bout didn’t materialize.

Jorge Masvidal hasn’t competed since losing to Colby Covington in March of this year, which was his third straight defeat. Masvidal has been trying to work his way into a title bout against Leon Edwards because prior to getting the title, Edwards actually promised Masvidal a title shot.

Masvidal and Edwards had a long standing feud after Masvidal got physical with Edwards in London – and served him the infamous ‘ three piece and a soda’ combo.

In an appearance on The MMA Hour, Edwards revealed his plan after he snatches the belt from Usman. The 30-year-old wants to give his arch-rival Jorge Masvidal the first shot at the title.

“When I win the belt, I’ll give him the title shot,” Edwards said. “That’d be a fantastic fight in the UK.”

Reacting to Edwards’ plan, Masvidal wholeheartedly accepted the offer. In his appearance on the BLOCKPARTY podcast, ‘Gamebred’ admitted that he’d e more than happy to fight Edwards.

“That’s another intangible thing. Am I gonna say no to fighting for the title? Like, hell no,” said Masvidal.

“I’ll get my ass in shape and get ready for this f*ckin’ hooligan, and give it all I’ve got to break his face… It’s a lot of tangibles, a lot of things that could happen. I could be getting myself ready for number 10 of the world and all of a sudden fighting for a world championship.”

“Remember, I’m Jorge Masvidal. I’m the same guy who took that world championship fight on six days’ notice in the middle of the corona pandemic, flew all the way across the world to throw down in that fight,” added Masvidal.

“I’m gonna go with the best option all the time.”