While Fiziev got his nose retooled during the bout against Rafael Dos Anjos, which he won convincingly, Gaethje opted for the surgery for his own benefit.

Gaethje has had trouble breathing through his nose ever since he broke it in wrestling in college. 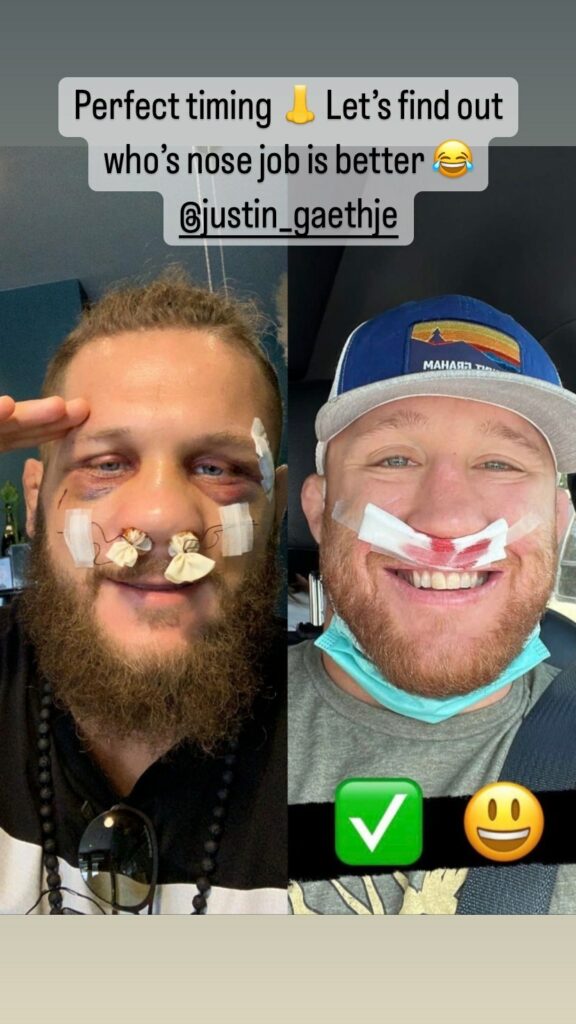 “I need my nose broken,” he explained. I haven’t been able to breathe through my nose for like 12 years since wrestling. So hopefully one of those elbows cracks my nose – the UFC has to pay for that (expletive) – and it’s an exciting fight.”

“Take a good month to recover, and get back to work. I think end of the year, most likely early next year (I’ll be back). There’s a few fights that are going to happen, so I’ll let those happen. I want to clear a two or three-fight path back to the title fight.”

And as for Fiziev, he had self diagnosed himself right after the bout.

Gaethje is also getting a nose surgery and also said he aims to return in December. This is lining up perfectly with the Fiziev’s post fight call out.

“I want a fight with Gaethje, like for real,” Fiziev told reporters at the post-fight presser for UFC Vegas 58. “Nadal is funny … but Gaethje, if he wants to fight –what camera do I need to [look at]? yeah, this one. …”

“If you want to fight, one more guy with yellow hairs, we need to know who’s the best for you and for me,” he continued. “If you’re ready, if you’re not scared, if you don’t take s***, let’s go.”