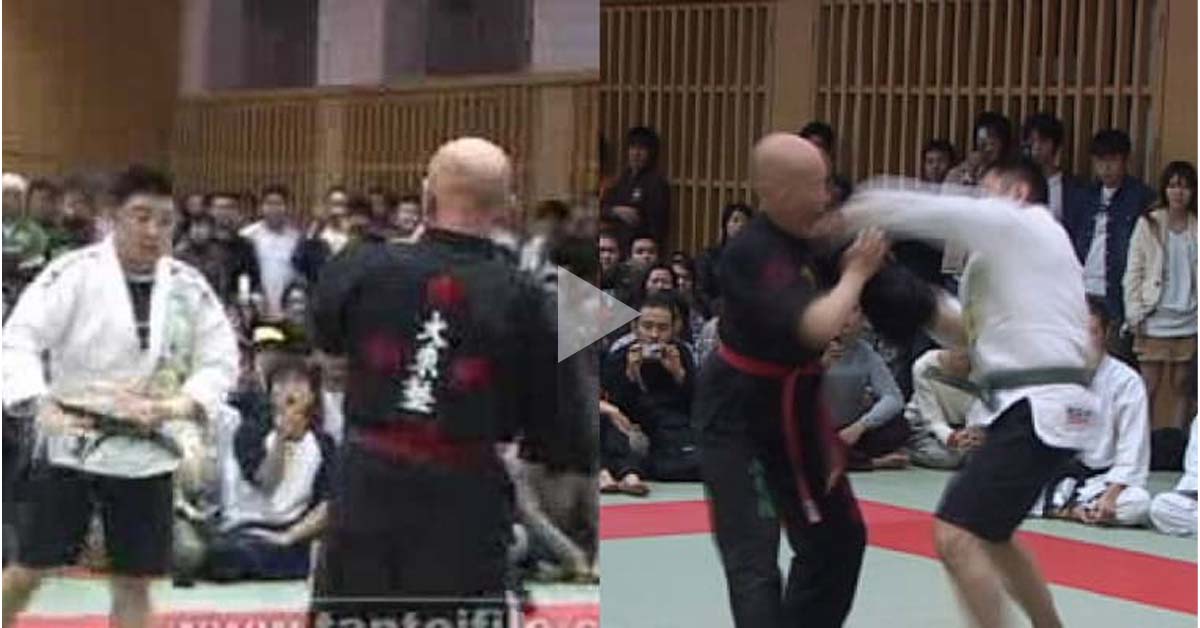 In this next video we’re talking about the time Kiai master Yanagi Ryuken threw down a $5000 challenge that no trained fighter could beat him in a fight. Sadly for him , he wasn’t able to keep his end of the bargain.

The video pits Yanagi Ryuken self proclaimed master of Qigong and other mysterious disciplines against an actual fighter.

If you’re unfamiliar with Qigong – it might be because it is an ancient Chinese exercise and Healing technique that involves meditation, controlled breathing and movement exercises.

You might also find yourself questioning if this is tai chi – and this is because the two are eerily similar. The key difference between Qigong and Tai chi appears to be that Tai chi encompasses the entire body in a flowing sequence and qigong isolates the movement. Yes. We’ve found a ‘martial art’ less effective than Tai chi.

Watch the fraudster get clowned by a real martial artist below