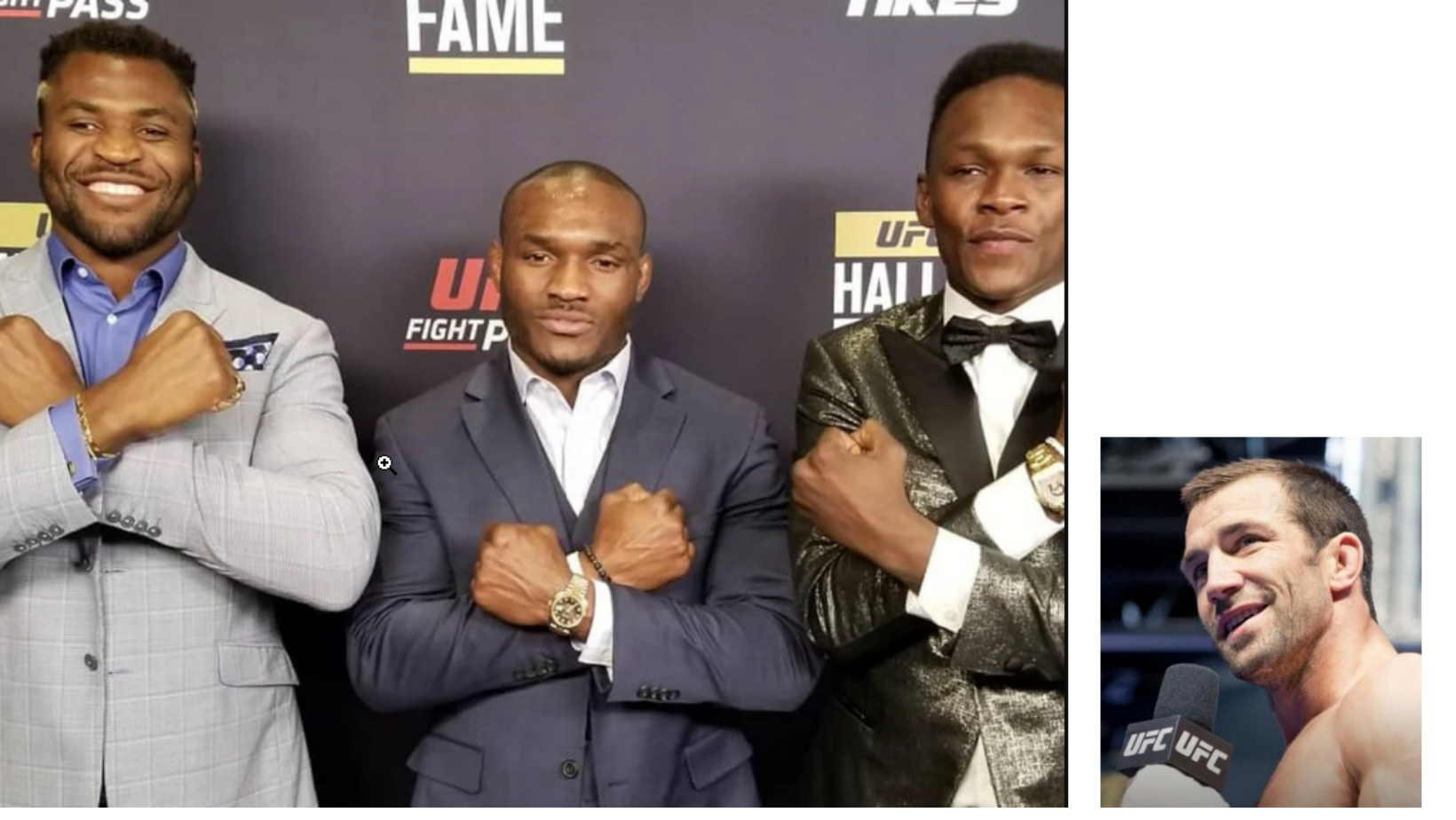 How the UFC treated Ngannou is perhaps one of the biggest stories of the year. Once he was willing to hold out for more money and wanted to wait 6 months for the title defense the UFC was out – they bookedDerrick Lewis vs Ciryl Gane as an interim title fight. But according to former middleweight champion Luke Rockhold it could’ve all been thwarted by the unison of 3 African champions in the UFC – Kamaru Usman, Israel Adesanya and Francis Ngannou.

“If they’re going to do that to Francis and then no one else [speaks up], his two brothers aren’t going to get behind him and sack up and be the men they should’ve been when he got shelved — you’ve got two Nigerian brothers, they’re champions, they should’ve just stood by him and been men, and maybe that could change the landscape,” Rockhold told Ariel Helwani yesterday. “But that’s about it. I saw an opportunity there. That’s when I saw an opportunity. Other than that, you need 25 [big-name] guys. Twenty-five guys aren’t coming together. Maybe more, I don’t know, maybe less. Maybe give or take. That sh*t ain’t going to happen.

“That was the only thing that I saw that actually could’ve leveled the playing field and changed things for the better,” he added. “When you f—k with Francis and you’ve got this three amigos Nigerian brotherhood, if those two would’ve stood up, they could’ve f—ked. They could’ve f—ked deep and hard. But the two didn’t step up.”

One thing worth explaining to Rockhold is that Ngannou is actually not Nigerian – he is from Cameroon.